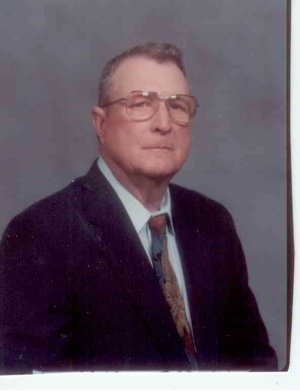 Gerald Clyde Hopper, age 78, a lifelong resident of Crossett, died Saturday, January 22, 2011 at his residence. He was born on September 28, 1932 in Crossett, Ark. to his parents, Rufus C. and Fairy Etheridge Hopper, who preceded him in death. Mr. Hopper was a retired electrician, working for Georgia-Pacific Corp. for 37 years. Mr. Hopper was a veteran of the Korean War serving in the US Navy aboard the USS Hamner. He was a Baptist.
He is survived by his wife of 56 years, Pat Parkhill Hopper of Crossett; two daughters, Nancy Dannheim (Carl) of Monroe, La. and Jerrie Dominique (Colonel Michael) of Fort Leavenworth, Kan.; two granddaughters, 2nd Lt Morgan Dominique of Fort Knox, Ky. and Christina Dominique of Fort Leavenworth, Kan. and one grandson, Trent Lunsford of Monroe, La.
Memorial services will be held at 11 a.m., Wednesday, January 26, 2011 at First United Methodist Church with Dr. Russell Moore officiating, under the direction of Jones Funeral Home of Crossett, Ark. Interment will be private. Visitation will be from 6-7:30 p.m., Tuesday at the funeral home. In lieu of flowers, memorials may be made to the first United Methodist Church, 500 Main, Crossett, Ark. 71635; Hospice Home Care, 455 W. Gaines, Monticello, Ark. 71655 or charity of your choice.