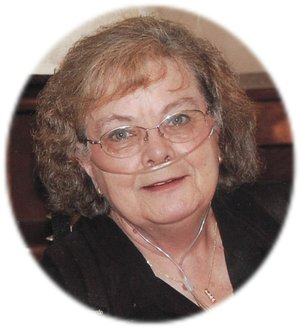 Marguerite Ernestine Spain, 68 of Jacksonville passed away Thursday, January 20, 2011. She was born to the late Franklin and Dorothy Jo Brock Cole in Denton, TX. She is preceded in death by her parents; and one brother, Joe Frank Cole. Marguerite was of Baptist Faith and retired from the United States Postal Service as Post Master in Crossett, Ark. She was a loving and caring, wife, mother, grandmother, sister and friend. She will be missed by all that knew her.
She is survived by her husband, Thomas William Spain; two sons, Tony Spain, Frank Spain and his wife, LaDonna; three grandchildren, Klaire, Kendal and Caroline Wilson; her sister Peggy Jerrett; and a host of other family and friends.
Graveside service will be at 11 a.m., Wednesday, January 26, 2011 at Arkansas State Veterans' Cemetery with Reverend Marty Watson officiating. The family will receive friends from 5-7 p.m., January 25, 2011 at Roller-Owens Funeral Home (501-791-7400), 5509 John F. Kennedy Blvd. North Little Rock, Ark. 72116. Online guestbook www.rollerfuneralhomes.com.