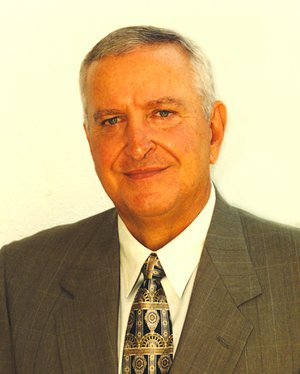 Arch M. Jones Sr., 68, of Conway passed away on March 25, 2011. Born in Springfield, Mo., he was the son of Arch M. Jones and Grace Breedlove Jones and grew up in Harrison, Ark. Arch obtained a master's degree from the University of Arkansas in Kinesiology. He played on the basketball team at Arkansas Tech University where he earned his undergraduate degree. Arch had a 45 year career in education that included coaching, teaching and administration that spanned from high school to the college ranks where he retired from the University of Central Arkansas. He was a long time member of the First United Methodist Church. He also served on several committees and boards in his retirement. Arch was preceded in death by his parents and one daughter, Anne. Those left to mourn his passing are his wife of 47 years, Artie; one son, Arch Jr. (wife Candy); daughter, Amy; two grandchildren, Caitlin Church and Archie Jones; sister, Frances Mead (husband Tom); one niece, Tracy Arnold; one nephew, Patrick Mead and a host of extended family, friends and players. The burial will be held at the Crestlawn Memorial Park at 10 a.m. on Monday, March 28, 2011 and a memorial service to follow at the First United Methodist Church at 1 p.m. Friends and family are invited to stop by at 835 Chapel Hill Drive (home of Arch and Artie) on Sunday. Arrangements are by Roller-McNutt Funeral Home of Conway. 501-327-7727. Honorary pallbearers will be former basketball players. In lieu of flowers, donations may be made to the Anne Jones Scholarship Fund c/o the University of Central Arkansas or the Conway Human Development Center. Online guestbook: www.rollerfuneralhomes.com.