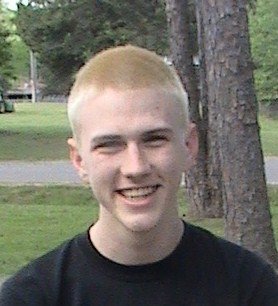 Keith Lorence Mulberry, 18, of Conway, Ark., died Wednesday, March 23, 2011, of injuries sustained in an automobile accident. He was born Aug. 27, 1992, in Bossier City, La. His brother, Jacob Lloyd Mulberry, also preceded him in death as a result of the accident. He was preceded in death by his paternal grandmother, Ruth Mulberry, and maternal great-grandfather, Francis Hix. A freshman at UCA, majoring in general science, Keith was a graduate of Conway High School, where he enjoyed playing violin in the Conway High Orchestra. He was an artist with limitless talents, as he enjoyed wood carving, knife making, and various types of sketching. Keith was a member of Second Baptist Church, and was actively involved in the 2BC College Ministry. He was a leader in Off the Top Improv and Drama Team; and also led on numerous mission trips. He is survived by his parents, Larry and Sheryl Mulberry; his sister, Bobbie Lynn, all of Conway; paternal grandfather, Lorence Mulberry of Kodak, Tenn.; maternal grandparents, Lloyd and Sharon Stanton of Salina, Kan.; maternal great-grandmother, Arlene Hix of Norcatur, Kan.; several aunts, uncles, cousins, and his Christian family. Visitation will be 2–4 p.m., Sunday, March 27, 2011, at Second Baptist Church. Funeral will be 5 p.m., Monday, March 28, 2011, at Second Baptist Church, with Dr. Mark Dance and the Reverend Ken Kraft officiating. Directed by Roller-McNutt Funeral Home, Conway. 501-327-7727. In lieu of flowers, the family requests memorials be made to the Youth Mission Fund, Second Baptist Church, 701 Polk, Conway, Arkansas 72032.