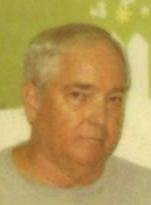 Larry W. Hatfield, Sr., age 67, of Haskell, Ark., passed away Thursday, March 24, 2011. He was born June 18, 1943, in Little Rock, to the late Willard and Faynell Hatfield. Larry was an auto mechanic and was the owner of Hatfield's Transmission in Benton, Ark., for 35 years. He was a member of Masonic Lodge, Forest Park No. 747 and served in the National Guard. An avid car enthusiast, Larry drag raced for many years and then switched to dirt track racing. He also enjoyed riding motorcycles. A loving father and grandfather, Larry enjoyed spending time with his grandchildren and will be deeply missed. In addition to his parents, he was preceded in death by one sister, Sue Ann Grantham. Survivors include one son, Larry W. Hatfield Jr. of Benton; one brother, Joseph Hatfield of Little Rock; one sister, Gloria Gassaway of North Little Rock and two grandchildren, Garrett Hatfield and Grant Hatfield. Visitation will be held from 6 p.m. until 8 p.m. on Tuesday, March 29, 2011, at Griffin Leggett Forest Hills Funeral Home, 10200 Hwy 5 North, Alexander (501-455-1067). Funeral services will be held at 2 p.m. on Wednesday, March 30, 2011, at the funeral home. Burial will follow at Pinecrest Memorial Park. To sign the online guest book, visit www.griffinleggettforesthills.com.