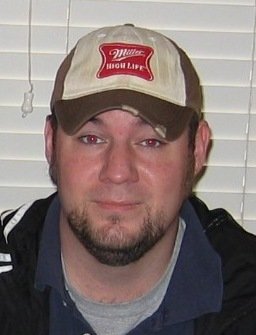 VICTOR GREGORY (GREG) NEWTON, 37, of Little Rock, left this earth on angel's wings on Tuesday, March 22, 2011. He was of the Catholic faith. He worked as a phone clerk for Pulaski County Medical Exchange. He was preceded in death by his grandmother, Mary Lienhart; his grandfather, Victor Gregory Lienhart; and his uncle, William Paul Lienhart. Greg was a wonderful son, brother, friend and human being. He had a good heart and a great sense of humor that will be greatly missed by all who knew him. He was very intelligent. He had always wanted to get a college education and was making plans to fulfill that dream that his health had sidelined for so long. Greg loved music, writing, cooking and football. He was a big Razorback fan. Our hearts are truly broken by this loss. He was taken from us way too soon. Survivors are his mother, Shirley Lienhart Keever; sister Amanda McLain and a brother-in-law Sean McLain, all of Jacksonville, Ark. He left behind several aunts, cousins, loyal friends and his special four legged friends, Bailey and Ren. To sign his online guest book go to www.griffinleggetthealeyroth.com.