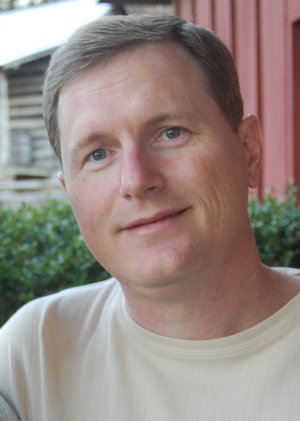 Raymon Bertram Gentry, Jr., of Alexander died Saturday, March 26 at the age of 47. He was born in Little Rock on February 11, 1964 to parents Stella and Raymon Gentry Sr. and two older sisters, Dianne Smith and Lisa Hicks. In November 1985 he married his sweetheart, Shelia Hill of Mountain View, and was blessed with two daughters, Megan and Cara shortly afterward. Raymon was a 1982 graduate of Bryant High School and earned his Associates of Applied Science degree in Computer Science from Ouachita Technical College. He enjoyed his years working at Carlton-Bates as a young man, and the past 23 years at Arkansas Electric Cooperatives in a number of roles. Raymon spoke often of his co-workers and shared stories about traveling with them, playing pranks on them, and his calling to be Christ's light to them.
Raymon was very active in his home church, the Church at Rock Creek, where he ministered to countless children and their families through the Children's Ministry. He looked forward to teaching Sunday school each week and was blessed to have the opportunity to attend Siloam Springs Kids Camp as a counselor. With a childlike penchant for fun, Raymon was a favorite of parents and kids alike, and remained a mentor to many kids even after they graduated from the Children's Ministry. Raymon also proudly supported his wife in the home education of their two daughters so that he could ensure they received an education that was not only academic, but Godly.
Raymon is survived by his wife, Shelia Gentry; daughters, Megan Gentry and Cara Gentry; mother, Stella Gentry, sisters, Dianne Smith and Lisa Hicks, and many more family and friends. He was preceded in death by his father, Raymon Gentry Sr; father-in-law, Frank Hill; niece, Jessica Smith; and great-niece, Braylen Berry.
A funeral service honoring Raymon's memory will be held on Wednesday, March 30 at 10 a.m. at the Church at Rock Creek. Visitation will be held at Dial and Dudley Funeral Home on Tuesday, March 29 from 6 to 8 pm. Memorial donations may be made to the Children's Ministry at the Church at Rock Creek. 11500 West 36th Street, Little Rock, Ark. 72211. To sign Raymon's online guest book visit www.dialanddudleyfuneralhome.com. If then you were raised with Christ, seek those things which are above, where Christ is, sitting at the right hand of God. Colossians 3:1.