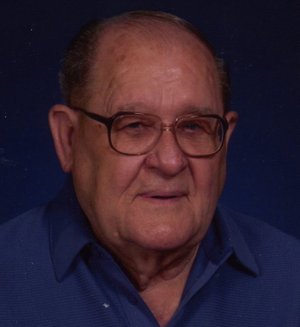 Milton Paul Hays, 86, of Little Rock, Arkansas, went to be with the Lord on Sunday, July 29, 2012 after a lengthy illness. He was born on October 12, 1925 in Bolding, Arkansas to the late Henry E. Hays and Thula Connor Hays. He was a self-employed accountant, a member of Henderson United Methodist Church and very active in the Methodist faith, and one of his favorite hobbies was gardening. A WWII Marine veteran having received two purple hearts while serving our country. He was preceded in death by his parents, one sister, Cecile Hanna and one nephew, James Paul Hanna.
He is survived by his wife of 60 years, Joyce Adams Hays; a daughter, Lynne Watterson and her husband Mark of Little Rock; three grandchildren, Daniel, David and Andrew Watterson; one sister, Shirlea Barton of Houston, Texas, and numerous nieces and nephews and a host of friends.
Visitation will be 6 to 8 p.m., Tuesday, July 31, 2012 at Roller-Chenal Funeral Home, 13801 Chenal Parkway, Little Rock, Ark. (501) 224-8300. Funeral services will be 10 a.m., Wednesday, August 1, 2012 at Henderson United Methodist Church, 13000 West Baseline Road, Little Rock, Arkansas with Reverend Tom Frase officiating. Interment will be at 4 p.m. at LaPile Cemetery in Union County with Military Honors. Memorial contributions may be sent to Henderson United Methodist Church. Online guestbook: www.rollerfuneralhomes.com/chenal.