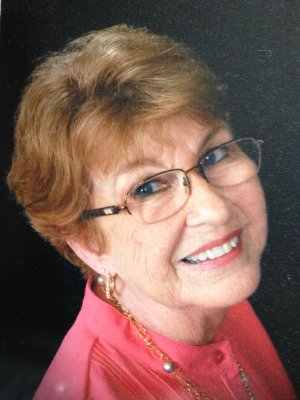 Mrs. Bennie Jo (Watts) Laughlin. Jody Went to be with The Lord on 24 April 2013. The daughter of the former Ms. Bessie (Wade) Thompson and Mr. Bennie Watts, she is the wife of the former William (Bill) Laughlin Jr.
Jody is survived by her daughter, Connie, her son, Clay and her daughter –in-law, Terri, her grandchildren: Temarra, Jennifer, Sarah and Jack, her great-grandchildren Beau and Dustin, her sisters Barbara, Lynda and Sandra and her son in law Alex. Mrs. Laughlin was born and raised in Oak Grove Louisiana, traveled the world then retired with her family in Jacksonville Arkansas. "You will be missed forever and loved even longer".
Memorial Services will be held at 10 a.m. on Tuesday, April 30, 2013 at Stanfill Baptist Church at 12905 Fortson Rd., Jacksonville, Arkansas 72076 with interment following at noon at the Arkansas State Veterans' Cemetery in North Little Rock. Arrangements by Huson Funeral Home of Sherwood. Sign an online guest book at www.husonfuneralhome.com.