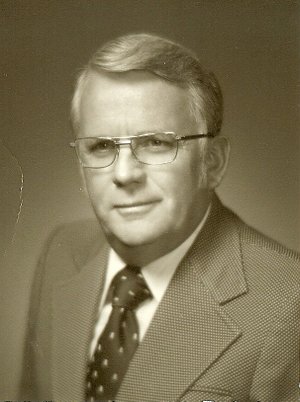 Ben Ferguson Schlegel DVM, age 92, of Fayetteville departed this world and went home to his Creator on Saturday, February 16, 2013. He was born February 4, 1921 in Bloomfield, Iowa the son of Vance and Mildred Ferguson Schlegel. His father abandoned the family when Ben was a small child. He and his brother Bill were raised by their mother, grandparents and beloved stepfather, Bill Cree. He graduated from Bloomfield High School in 1939 and enlisted in the Army Air Corps in August 1941. He served as a First Sergeant in the 11th Army Air Corps in the Northern Pacific and Alaska theater until the end of World War II. He married Mary Vaughn in Bloomfield, Iowa, on September 14, 1945. They were married sixty-six years until her death in November 2011. After World War II, Dr. Schlegel studied pre-med at the University of Iowa and then studied veterinary medicine at Iowa State University, graduating with a Doctor of Veterinary Medicine degree in 1950. He practiced large animal veterinary medicine in Lake Park, Iowa until 1960 when he joined the Eli Lilly group of companies in its animal science group. In 1965, he was transferred to Fayetteville to work in product development for the emerging poultry industry. He became one of the nation's leading experts in poultry diseases and treatment. When he retired in 1991, he was recognized as an industry pioneer by poultry industry associations of virtually every southern state. Ben was a longtime member and Elder of the First United Presbyterian Church in Fayetteville. He was an avid, but mediocre golfer and member of the Fayetteville Country Club. His golfing friends, the "Dew Sweepers" were the first golfers on the course every Saturday morning for years. In 1993, he was struck blind by macular degeneration, but he continued to live a full life, in spite of his blindness. He took great pride in the success of his children and grandchildren. Dr. Schlegel loved Fayetteville and the Razorbacks, as do his descendants. He made many personal sacrifices to see his children and grandchildren grown and educated to become good citizens of our great State of Arkansas. All five of his children graduated from the University of Arkansas, as did ten of his grandchildren. He expected that many of his great- grandchildren will continue the family tradition and enroll at and graduate from the U of A. He will be remembered as a loving husband, father, grandfather and great-grandfather.
He is survived by two sons; Bruce Schlegel of Fayetteville, Ben Schlegel, Jr., and his wife Sylvia of Fayetteville, three daughters, Carolyn Fries and her husband Frank of Rogers, Mary Elizabeth Smith and her husband Wayne of Cabot, Arkansas, Laura Huber and her husband Harry of Fayetteville, Arkansas, twelve grandchildren and 14 great-grandchildren.
Visitation will be held Tuesday, February 19, 2013, from 5 p.m. to 7 p.m. at Nelson-Berna Funeral Home in Fayetteville. Memorial service will be 11 a.m. Wednesday at the First United Presbyterian Church in Fayetteville with Reverends Phil & Jan Butin officiating. Arrangements are under the direction of Nelson-Berna Funeral Home and Crematory of Fayetteville.
Memorial contributions may be made to a charity of one's choice. To place an online tribute visit www.nelsonberna.com.