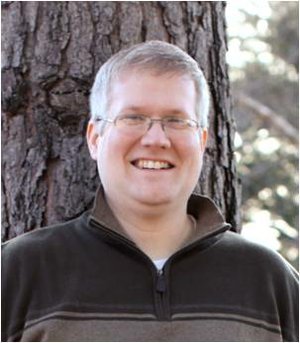 Michael Colin Lea, 39 of Johnson, passed away October 6, 2013 in his home. Michael was born December 31, 1973 in Fayetteville, Arkansas, the son of Dr. Robert E. Lea and Nancy Simpson Lea. Michael was an attorney and a writer. He was a member of the Arkansas Bar Association and Mensa. He graduated from J.A. Fair High School in Little Rock and the University of Arkansas in Fayetteville.
Michael is preceded in death by his father, Dr. Robert Lea and brother-in-law, James Wright. Survived by his wife, Amy Wright Lea of the home; his mother, Nancy Lea of Rogers; his sister, Robin Lea of Cleveland, Ohio; his uncle, Dr. James Lea, and wife, Patricia, of Texas; his father-in-law, Robert Wright of Camden; his mother-in-law, Debra Wyatt of Gurdon; and many cousins and friends.
Michael and Amy were married on July 1, 2006 in Half Moon Bay, Calif. He always liked that date because it made good mathematical sense. Michael was a very caring and sensitive soul with a sharp wit. He loved to make people laugh with his dry humor. He was brilliant, creative, and always imaginative. He loved to read, write, play games, and watch TV and movies. Michael loved his cats, especially Watson, who has been by his side for 15 years, and was extremely fond of his dogs.
Memorial services will be 2 p.m. Friday, October 11, 2013, at First United Methodist Church in Rogers with Rev. David Bentley and Rev. Sandra Wanasek officiating. Visitation will be 5 to 7 p.m. Thursday at Benton County Funeral Home, 306 N. 4th Street, Rogers. In lieu of flowers, memorial contributions may be made to the First United Methodist Church in Rogers or the Ozark Humane Society. Online condolence may be made to www.bentoncountyfuneralhome.com.