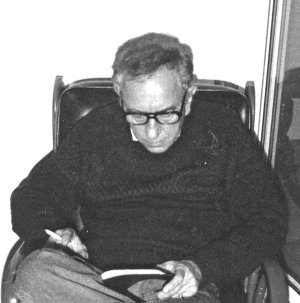 John Hlass, of Russellville, died Saturday, April 12, 2014 in Russellville, Ark. The son of Steve and Frances (Barborek) Hlass, he was born in Russellville, Ark. He was a graduate of Russellville High School and Arkansas Tech University.
Soon after college, John was hired by United States Fidelity and Guaranty in its Little Rock office. He later transferred to the company's Springfield, Mass. office, where he worked for 35 years before retirement. He was a member of Saint John Catholic Church in Russellville. He enjoyed artistic endeavors such as attending the symphony and art centers. He was preceded in death by his parents; three brothers, Bobby Hlass, Frank Hlass and Stephen Hlass.
Survivors include two brothers, Tom Hlass and Joe Hlass, both of Russellville; two sisters, Helen Pfeifer Hampton and Sibyl Wesley, both of Russellville.
Funeral Service will be held at 10 a.m., Wednesday, April 16, 2014 at St. John's Catholic Church in Russellville. Father Chuma will officiate. Burial will be at Oakland Cemetery in Russellville, Ark. by Humphrey Funeral Service. Visitation will be from 5-7 p.m., on Tuesday, at the funeral home. Rosary will be held at 7 p.m., on Tuesday, at the funeral home following visitation. Pallbearers are Cindy Hlass and Lisa Hlass, Steve Pfeifer, Mickey Pfeifer, John Wesley, Mark Hlass, Bob Hlass and Tommy Hlass. Internet obituary and on-line guest book are available at www.humphreyfuneral.com.