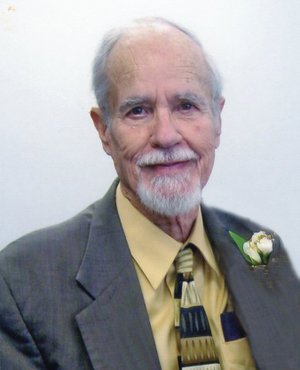 Charles W. Arnold, 92, of North Little Rock, went to be with his Heavenly Father, Sunday, April 13, 2014. He was born April 4, 1922 to the late Charlie P. and Myrtle Arnold.
He was preceded in death by his sisters, Kay Doss and Marty Arnold; and his brother, Lowell Arnold. He is survived by his wife of 54 years, Frances; son, Chuck Arnold (Alexandra); daughters, Lynn Arnold, Sandy McClane (Morgan); and four cherished grandchildren, Abigail Arnold, Stephanie, Drew and Austin McClane.
Charles was a World War II Navy veteran, a Baptist Deacon, previous owner of Edgewood Memorial Park was president 3 times of the Arkansas Cemeteries Association, Director of North Little Rock Church Softball League and was inducted into Women's Softball Hall of Fame. Even though we all miss him very much, we rejoice with him in being whole and happy in Heaven.
In lieu of flowers, memorials may be made to charity of choice. A visitation will be held from 5 to 7 p.m., Saturday, April 19th at North Little Rock Funeral Home. A memorial service will be held 10 a.m., Monday, April 21st at the funeral home. Burial will be a private family ceremony. Online obituary at www.SmithFamilyCares.com.