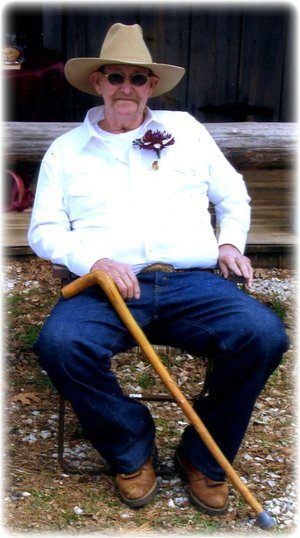 Jerry Mack Gaither at the age of 74, passed away at his home in Quitman on Tuesday, April 22, 2014. He was born on January 15, 1940 in Quitman to the late, Roy Oather and Ellen (DeBusk) Gaither.
He served in the 806th Engineering Company (Construction Specialist) at Ft. Rucker, Alabama. He received a Sharpshooter Badge (Carbine) with an Honorable discharge after one and a half years of service. He was a loving father to two sons, a daughter, and step-daughter. A grandfather to seven grandkids, and a great-grandfather to nine great-grandkids with one on the way. He was a member of Sardis Free Will Baptist Church. He enjoyed running dogs, camping with his family, church, and sitting on his porch watching squirrels.
He was preceded in death by his parents, sister, Willow Dean Kennedy, two wives, Bonnie Grissom and Reva Gaither, son, Tim Gaither. He is survived by his son, Doug Gaither, and daughter, Lisa Stacy (Doug) both of Quitman, Ark.; step-daughter, Pam Clay; two sisters, Arlene Rowlett and Lois Smith; two brothers, Deon and Ellis Gaither. He was loved by numerous others and many friends.
A memorial service will be held in his honor at 4 p.m., Saturday, April 26, 2014, at Sardis Freewill Baptist Church in Damascus, Arkansas. Arrangements are by Roller-McNutt Funeral Home in Greenbrier. Online guestbook:www.rollerfuneralhomes.com.