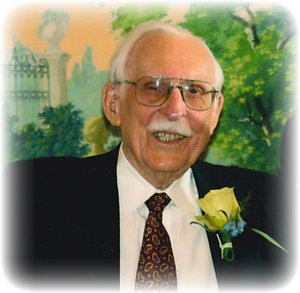 Marion Jewell Taylor 92, of Shirley, Arkansas passed to be with our Lord on Monday, April 14, 2014. He was born January 18, 1922 in Bentonia, Mississippi to Claude E. and Annette Sibley Taylor. Marion was a lifelong Methodist and attended the First United Methodist Church of Clinton, Arkansas.
He is survived by his wife, Jean Rhodes Taylor, one son, John C. Taylor and wife Patricia of Silver Point, Tenn.; granddaughter, Erin Taylor and husband Jack Staley, and five great-grandchildren all presently residing in OK; He also has two stepdaughters, Cyndi Sullivan and husband Steve of Conway, Ark.; and Rebecca Sartini of Benton, Ark.; two step sons, James Peevey of Collierville, Tenn.; and Michael Peevey and wife Keri of Zebulon, N.C.; seven step-grandchildren, and one step-great-grandchild.
After graduation from high school, Marion enlisted in the Army Air Force where he spent 22 years before retiring in the rank of Major. He participated in the Berlin Airlift in 1945. He subsequently served at Kessler AFB in Biloxi, Miss., Scott AFB in Illinois, and retired from James Connelly AFB, Texas. After retiring, he formed and managed a forms printing company for ten years before retiring and moving to Van Buren County. Marion and his wife of 62 years, Dorris Robertson Taylor, who preceded him, spent vacations from 1963 to 1984 on Greers Ferry Lake in Van Buren County. He was also preceded in death by one daughter, Rebecca Suzanne Taylor and one granddaughter, Logan Elise Taylor.
In 1968 Marion's life was saved by AA. He spent the next 46 years attending many meetings around the country and meeting many people he always considered his friends.
After retiring in 1984, they moved to Van Buren County and built his present home. He helped with founding Foods for Life in Clinton and worked many years as a volunteer in the county with numerous projects for the county. He said many times the county was the best he had ever lived in. He was a true southern gentleman and his friends and family will miss him greatly.
There will be a Memorial Service honoring his life with Full Air Force Military Honors at 10 a.m. on Saturday, April 26, 2014 at Roller-McNutt Funeral Home Chapel in Clinton, Arkansas with Pastor George Odell officiating. The family will receive friends at 9 a.m. until the service begins.
In lieu of flowers, please make donations to the Arkansas Alzheimer's Association 10411 West Markham, Suite 130 Little Rock, Arkansas 72205-1409.
Cremation and Memorial Arrangements are under the care and direction of Roller-McNutt Funeral Home of Clinton, Arkansas. Online guest book: www.rollerfuneralhomes.com.