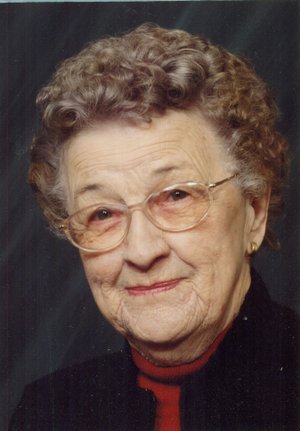 Billie Lee Bond, 89, of little Rock, passed away August 10th, 2014. She was born May 25th, 1925 in Conway, Arkansas to the late William Sanford Lee & Edna Zora Hughes Lee.
She married A.B. (Bryan) Bond, Jr. in 1948. In 1965 they founded the little Rock family business, TenderPopt Concession Supply where they worked side by side until his death. A hard worker, she remained an active and integral part of the company throughout the remainder of her life, and that continues on today with their son.
Fondly known by many as "the popcorn lady", she popped more popcorn than anyone in Arkansas. She will be remembered for her love of animals, her pecan pies and banana pudding. She was a member of Western Hills United Methodist Church.
She was preceded in death by her husband of 54 years, Bryan Bond, two sisters, Faye Rogers and Jean Hudson, and a brother Kenneth Dowdy. She is survived by her daughter, Sheila Bond and son, Stephen Bond (Mary) all of little Rock; brother Harold Dean Lee (Evelyn) of South Carolina; sister-in-law Mary Jane Bond of little Rock and many beloved nieces and nephews.
Funeral Services will be held at 1 p.m. Thursday, August 14th, 2014 in the chapel of Griffin Leggett Healey & Roth, 5800 W. 12th St., Little Rock (501) 661-9111 with Rev. Sylvia Nosic officiating. Interment will follow at Forest Hills Memorial Park. To sign the online guestbook, go to www.griffinleggetthealeyroth.com.