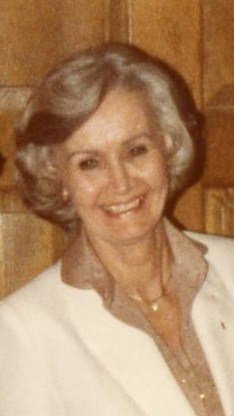 Anna Jewel Hendershott-Schick went to be with the Lord on Thursday morning August 14, 2014 she was born on June 7, 1923 at Roseville, Arkansas. Ann was 91 years old and celebrated life with her family, her daughter, Doris Cone-Page married to Paul Page, and her son, Gary Hendershott. Her grandchildren, Dave Cone married to Kirsten, and Chris Cone and Chandler and Emory Hendershott, and great-grandchildren, Claire, Katy and Ethan Cone – Ava and Cole Cone.
Ann was married to A.W. 'Buck" Hendershott during World War II they were stationed at a US Navy CB Base in Providence, Rhode Island until Buck was called to active duty overseas, after the war they started The Hendershott Company, a construction company that specialized in Acoustical Ceilings and Insulation, after Buck Hendershott's death in 1965. Ann successfully operated the company for over 20 years she became one of the first women in America to own a construction company, and was a member of the American Home Builders Association, and one of the founding members of the Women In Construction auxiliary, retiring in 1990 she latter married John Schick a Vice-President of Twin City Bank, and is survived by his children, Becky married to Denny Webster and David Schick married to Diana, and grand-children Courtney Phaup and John Webster and their families. Ann was an active member of St James Methodist Church here in Little Rock and participated in their Agape Sunday School Class as well as the Joy Circle at St James, she was also a member of numerous other organizations. Ann was a remarkable woman who led a remarkable and joyous life. An astute businesswoman and a loving mother and grandmother.
A Memorial service will be held from 2 p.m. on Thursday August 21, 2014 for Friends and Family at Griffin Leggett Healey & Roth, 5800 W. 12th Street, Little Rock, Arkansas. A private graveside service will be held at Carpenter Cemetery, Roseville, Arkansas. Please share your memories and messages of love, comfort and support with the family at www.griffinleggetthealeyroth.com.