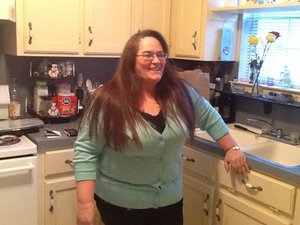 Maureen "Reenie" Delgado age 53, went to see our Lord and Savior on January 12, 2014. She lived her live with enthusiasm and determination.
She is preceded in death by her mother, Marjorie Favre and stepfather, Paul Favre. She leaves behind three children, Jody (Shannon) Lewis, from Alexander, Ark.; Brandi (Kenny) Smith from West Plains, Mo.; and, Zachary (Savanna) Styers of North Little Rock. She also leaves behind 11 grandchildren: Mikayla, Ariel, Alissalynn, Lynden, Kaylyn, Braylynn, Gage, Clayton, Brandon, Riley, Wyatt. She also leaves behind five sisters: Robin (Sam) Manor, Roxanne (Corbett) Smart, Nancy (James) Grove and Beth (Stanley P.) Pruss all of North Little Rock and Tammye (Michael) Clement of Cabot. One brother, Raymond (Susan) Seniceros, of Newton, Ga.. Along with many neices, nephew, friends and extended family.
She was employed by Caterpillar in North Little Rock where she made many friends and took every opportunity to learn something new with as much enthusiasm as she lived her life. There was always a smile for everyone she saw. She knew no strangers and was labeled "the New 20" when she turned 50. She will be greatly missed but will always remain in our hearts.