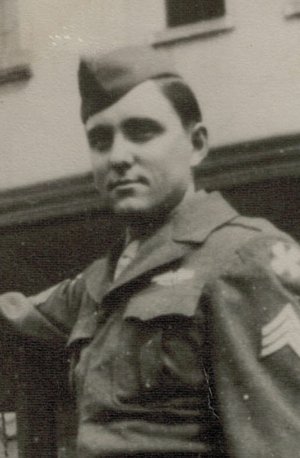 Lawrence G. "Chick" Cummings, 91, of Stuttgart passed away peacefully Monday, January 13, 2014, after a lengthy illness. He was born September 26, 1922, in the Reydel community to the late Earl and Maggie Stedman Cummings. He was a member of First Baptist Church in Stuttgart and a World War II Army veteran. He fought in the southern Philippines and in the Battle of Luzan. On January 22, 1948, he married Leona Brewer. They were married for 58 years until her death in 2006.
Besides his parents and wife, he was preceded in death by five brothers, Telfair "Jeff" Cummings, Earl "Mutt" Cummings, James Marvin Cummings, Dolpher "Bubbles" Cummings and Connel Cummings. He is survived by his daughter, Dixie Phillips and husband Joe of Stuttgart; granddaughter, Susan Adamson-Ray and husband Justin and great-granddaughter, Asher "Bit" Ray, all of Little Rock; step-granddaughter, Marcia Neal and husband Todd and step-great-grandchildren, Madison, Tanner, Callie and McKenzie Neal, all of Beebe; two sisters, Lola Hooper of Memphis, Tennessee, and Vera Griffin of Granbury, Texas; and a very special sister-in-law and caregiver, Alma Yarbrough.
Funeral services will be held at Turpin Funeral Home Saturday, January 18, at 2 p.m. with burial following in Lone Tree Cemetery. Family visitation will be one hour prior to the service. In lieu of flowers, memorials may be made to the charity of the donor's choice or Arkansas Children's Hospital, #1 Children's Way, Little Rock, Arkansas 72202 or American Childhood Cancer Organization of Arkansas, P.O. Box 3854, Little Rock, Arkansas 72203-3854. Please go to www.turpinco.com to sign the online guestbook.