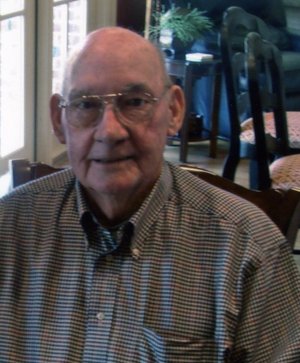 Lawrence Harvey Jr. 87, of Little Rock, Arkansas passed away January 13, 2014. Lawrence (Junior) was born in Bradford, Arkansas in 1926 to the late Lawrence Sr. and Myrtle Harvey.
He served proudly with the US Army through the Korean War and upon his return to the States, moved to Benton Harbor, Mich. It was here that Junior married Betty Watson and began his career as a mechanic. Junior and his family moved back to Arkansas in 1972 where he spent the past 40 years. He loved to tell stories and spend time with his family, friends and dog.
Junior is preceded in death by his parents, along with five brothers, two sisters and his first wife Betty. He leaves loving memories to be cherished by his wife Marsue Harvey, son Don and wife Donna of Pangburn, daughter Pat and husband Lynn of Little Rock, son James and wife Teri of North Carolina, along with grandchildren and great grandchildren. He also leaves behind two brothers, Levon and Delano Harvey, and two sisters, Evon Coleman and Jean Sonk.
Visitation will be held from 10 a.m. - 11 a.m. Thursday, January 16, 2014 at Roller-Chenal Funeral Home 13801 Chenal Parkway Little Rock, AR (501) 224-8300, with Funeral service to follow and private burial in Arkansas State Veteran's Cemetery, North Little Rock.
In lieu of flowers memorials may be made to Hospice Home Care, 2200 S. Bowman Road, Little Rock, Arkansas 72211. Online guestbook:www.rollerfuneralhomes.com/chenal.