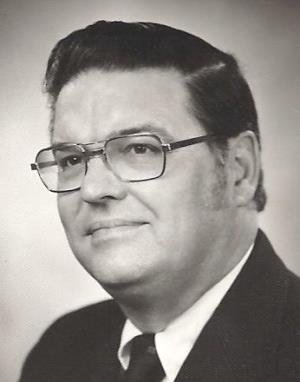 Paul Crennell Faubel of Little Rock, Ark., passed away Friday at 12 noon, September 25, 2015. He was born on June 26, 1927 in Cleveland, Ohio, the son of the late Cedric and Ruth Faubel. Paul graduated from Lakewood High School, Lakewood, Ohio, with the Class of 1945 where he was drum major and a saxophone player in the marching band. He was also a member of the Lakewood High School Track Team.

After high school Paul enlisted in the U.S. Navy where he served as an electrician's mate on the USS Luzon in the North Pacific fleet. He was honorably discharged on July 27th, 1946. He then attended Ohio University where he received his Bachelor of Science Degree in Civil Engineering in August of 1950. He was a member of the Delta Tau Engineering Fraternity.

While playing in the Lakewood High School Band Paul met Virginia "Jinny" Sterling, who became the love of his life. They dated for six years while they were in college and Paul in the U.S. Navy, and were married on October 21, 1950. They raised a family of three boys as they followed Paul's career at Alcoa Aluminum from North Olmstead, Ohio, to Birmingham, Michigan, to Lower Burrell, Pennsylvania, to Little Rock, Arkansas. They have resided in Little Rock since 1971. After 29 years at Alcoa Aluminum Paul joined Vulcan Materials where he worked for another 10 years.

Paul was active in his church activities in Ohio, Michigan, Pennsylvania and Arkansas as he contributed by teaching Sunday School, working on construction projects and participating in charitable and social events. In Little Rock, he was a member of the Trinity United Methodist Church and the Open Door Sunday School Class.

Paul was very active with his three boys in coaching little league baseball, watching hockey and football games and attending band activities. Paul loved fishing and all water sports, introducing the family to the joys of "life at the lake".

Paul was preceded in death by his wife Virginia Sterling Faubel and his parents. Paul is survived by his three sons and their families, Craig and Maryanne Faubel, Carrollton, Texas; Wil and Julie Faubel, Montgomery, Texas; Steve and Melinda Faubel, Little Rock; grandchildren Sterling and Ben Faubel of Dallas, Texas; Lisa Weber of Denver, Colo.; John Faubel of Los Angeles, Calif.; Paul and Matthew Faubel of Montgomery, Texas; Christine Faubel of Springdale, Ark.; Wilson Faubel of Carrollton, Texas; and Christian Faubel of Little Rock; a niece, Jan Carter of Greenville, S.C.; and a nephew Jeff McGrath of Virginia Beach, Va. He was also the great-uncle to Jonathon, Christopher and Phillip Carter and Alex McGrath.

Paul ("Grandpa", "Grandpa Paul" or "Poppa") was a loving, caring, dedicated husband, father, grandfather, neighbor and friend. He was devoted to his wife, sons and their families. As a friend, he was a warm and welcoming host, as Paul and Jinny loved spending time at their lake house with family and friends. Paul was also every dog's best friend.

The family would like to thank the staff and caregivers at Brookdale Chenal Heights Assisted Living, Elder Independence and Gentiva Hospice in Little Rock for their loving care and concern.

A Memorial Service will be held at Trinity United Methodist Church, 1101 N Mississippi St., Little Rock, Ark., 72207, on Saturday, October 3, 2015 at 1 p.m. A reception will follow the service at the church.

In lieu of flowers, memorials can be made to the Children's Ministry at Trinity United Methodist Church. Arrangements are by Ruebel Funeral Home. www.ruebelfuneralhome.com.