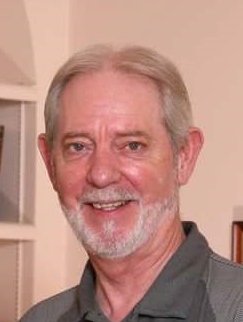 John Byus III, 68, of Pine Bluff, Arkansas, went to be with the Lord on March 3, 2016. He was born September 15, 1947, in Little Rock, to Lt. Col. John Byus, Jr. and Lela Hutchison Byus. He was reared and educated in El Paso, Texas, graduating from Irvin High School in 1965. He also graduated from Kemper Military Academy with an Associate of Arts degree; a Bachelor of Science degree from the University of Central Arkansas and a Master's degree in Public Health Administration from Webster University.

He faithfully served in the United States Navy Reserve retiring as an HMCM (SW) in 1995. Mr. Byus was a former member of First Presbyterian Church and an Ordained Elder. While Mr. Byus held several jobs during his lifetime, his passion and career was with the Arkansas Department of Corrections where he retired as the Director of Medical and Dental Services in 2009 after 32 years.

Special thanks and gratitude to Dr. Omar Atiq, Dr. Ahmad Fora, Natalie, Kelly, Adrian and the staff of the AR Cancer Institute. Also to special caregivers, Ms. Sharon, Ms. Lakosha, Ms. Gertha, Cindy and a huge thanks to Rebbecca, Lisa and the staff at Hospice Angels.

Memorials can be made in John's memory to Hospice Angels, 3801 S Camden Rd #12, Pine Bluff, Ark. 71603 or to Kemper Military Academy, 616-698 3rd St, Boonville, Mo. 65233. John will be loved and remembered by his family, friends, and countless others whose life he touched. Anchors Away Command Master Chief.