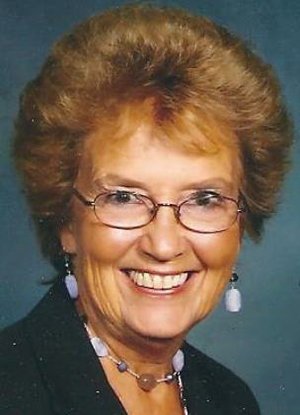 In 1966, Carolyn began the course work and training required to become a certified stenographic court reporter. In less than one year, she mastered stenography, passed the certification exam, and began her career as a freelance court reporter in Little Rock.

In 1972, Chief United States District Judge G. Thomas Eisele hired Carolyn as his court reporter, a position she served in, with great distinction, for the next twenty-six years. Judge Eisele was a brilliant trial judge, with a keen legal mind that allowed him to sometimes gust up to 300 words per minute of complex legal theories, liberally sprinkled with latin phrases. While this would have been daunting to most court reporters, Carolyn loved everything about working for Judge Eisele. She was not shy about admonishing fast-talking lawyers to "slow down," but she never made that suggestion a single time to Judge Eisele, who relished the privilege of being the only one in the courtroom allowed to talk as fast as he wanted.

In 1998, when Judge Eisele began considering retirement (something he ultimately decided to postpone for another 13 years), Carolyn became the court reporter for United States District Judge James M. Moody, a position she held until her retirement in 2007. Carolyn greatly admired Judge Moody and loved the nine years she spent working with him. She often commented on what a special privilege it was to have served as the court reporter for two of the greatest trial judges in the history of Arkansas.

Apart from her unsurpassed abilities as a court reporter, Carolyn always made sure that chambers staff members were well fed. Nearly every day, Carolyn baked cookies, made a cake, or picked up goodies and brought them to the courthouse. Over her long career, Carolyn helped save over fifty law clerks from the ravages of discussing weighty legal issues with Judge Eisele or Judge Moody on an empty stomach. She delighted in watching solemn federal judges act like children, as they fought with their law clerks to see who got the last cookie or piece of cake.

Over her thirty-five year career in the federal courthouse, Carolyn brought sunshine into the lives of everyone she worked with, and, in doing so, she became a legend for her kindness, generosity, and capacity for love. All in all, "we will not look upon her like again."

Once her day at the courthouse ended, Carolyn hurried home to resume what she considered her most important job – raising, as a single mom, her daughter, Dr. Jerri S. Fant. Carolyn's steadfast devotion, encouragement, and unconditional love allowed Jerri to excel at everything she did, including becoming a board certified breast surgical oncologist.

After her retirement in 2007, Carolyn became "Nana" to her grandson, Griffen Thomas Fant. She happily cared for him most weekdays from 5:45 a.m. until the evening. She never entertained the thought that her battle with cancer would interfere with her caring for Griffen, something she continued to do until only six weeks ago.

A memorial service will be held in the sanctuary at St. James United Methodist Church, 321 Pleasant Valley Drive, on Saturday, Aug. 19, 2017 at 11a.m. A visitation will be held prior to the service in the welcome center at 10 a.m. (Entrance 1).

In lieu of flowers, memorials may be made to the Cancer Research Institute at cancerreaserch.org.

The service arrangements have been entrusted to Ruebel Funeral Home. www.ruebelfuneralhome.com.