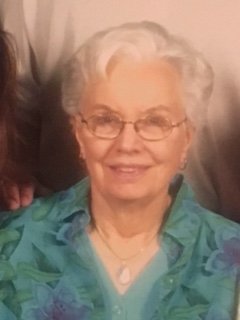 Wilma Jeanne Canada Diner, MD was born January 21, 1926 in Hardy, Ky. to William Edward and Thelma May Canada. Her father operated the butcher store in the little coal mining town which hosted the Hatfields and the McCoys. Over the course of her early years, she moved several times across the river to West Virginia and back to Kentucky eventually graduating Salutatorian from Williamson West Virginia High School at the age of 16. She attended the University of Kentucky graduating Phi Beta Kappa in 1946 with a BS in Medical Technology, Honors in Bacteriology and became a registered medical technologist with the American Society of Clinical Pathology. In 1950, she graduated from Duke University School of Medicine starting an internship, and completing residencies in Pathology and Radiology at Massachusetts General Hospital in Boston, MA as Chief Resident in 1954.

She met her husband, Jack Diner, in Boston at Mass General where they fell in love and followed him to Little Rock, Ark. and the University of Arkansas Medical Sciences campus where he was employed as a medical illustrator. She joined the Radiology Department at UAMS after Bradley Diner, her first child was born in 1956. Brad was shortly followed by his sister, Jan Hildebrandt in 1957, and brother, Jeffrey Diner in 1959.

Children on board, she continued her distinguished career (being the first to describe Cronkite Canada syndrome in the New England Journal of Medicine in 1955) achieving her professorship of Radiology and leading the Radiology Residents Program at UAMS as director until retiring in 1997. Many distinguished technical papers, presentations, honor societies and awards chronicled her career.

After retiring from medicine, she launched her second career as an educator of Hebrew students at Congregation B'nai Israel and English as a second language in Little Rock. She is remembered as an untiring advocate for education and lifelong learning who demonstrated her values through work and personal life. Her dedication to her faith and support for the underprivileged and those in need was evidenced through her many contributions throughout her life.

Memorial service will be held at Congregation B'Nai Israel, 3700 N. Rodney Parham Rd., Little Rock on Sunday, January 8, 2017 at 2 p.m. In lieu of flowers, contributions may be made to the Wilma Diner Fund for Religious Education a Congregation B'Nai Israel or the Diner Learning Center in Radiology at UAMS. Online guestbook: www.rollerfuneralhomes.com/chenal.