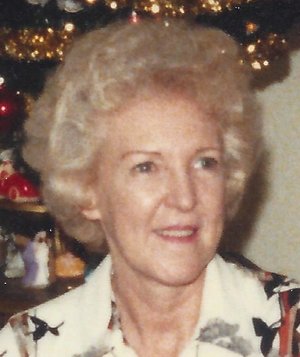 Betty Irene Griffith Schauweker, age 92, of Winslow passed away Monday June 19, 2017 in Springdale. She was born July 11, 1924 in Winslow, Arkansas the daughter of James Elmer and Mable Louise Smith Griffith. She was preceded in death by her parents; her husband, Orris W. Schauweker; one son, James Schauweker; two brothers, Paul Griffith and Earl Griffith; three sisters, Carol Talley, Ruby Nobel and Myrtle Center. She was a loving mother and wife. She was a homemaker for most of her years. She was a hard worker who took much pride in her home and yard.
She is survived by a son, Floyd Schauweker and his wife Pat of Gainesville, Florida; a daughter-in-law, Markie Schauweker of Palm Harbor, Florida; a brother, Tom Griffith and his wife Sherrie of Lowell, Arkansas; a sister, Jeanette Matzella of Winslow, Arkansas; sister-in-law, Barbara Smith Griffith of Winslow, Arkansas; a brother-in-law, Donald "Pee Wee" Talley of Winslow and numerous other family members.
Visitation will be held 5 p.m.-7 p.m. Wednesday June 21, 2017 at Moore's Chapel. Funeral Service will be held 10 a.m. Thursday at Moore's Chapel with interment to follow at Brentwood Cemetery. To sign the online guest book visit www.mooresfuneralchapel.com.