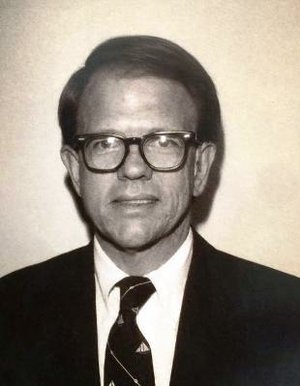 Dr. Walter Harris Nunn passed away on October 2, 2017. Born in Monticello, Arkansas, Nunn attended Hendrix College and graduated with high honors in 1964. Nunn was editor of the Hendrix "College Profile" newspaper in 1961 and 1962 and received numerous awards for outstanding contributions to journalism.
Nunn subsequently received a masters degree in Political Science from the University of Kansas in 1966, as well as a doctoral degree in Higher Education Administration from the University of Arkansas in 1992.
Nunn was well known for his service to Arkansas. A passionate community organizer, in the 1970s, Nunn led a neighborhood association effort in the Little Rock Oak Forest neighborhood to prevent blockbusting and to promote integration. He directed the Arkansas' Institute of Politics and Government from 1978-1981, which taught others to run political campaigns.
For over 30 years, Nunn directed the Arkansas International Center, a non profit agency in Little Rock dedicated to teaching international visitors about US governance, business and culture. Nunn raised over $10 million to bring over 10,000 international visitors to Arkansas. He also took hundreds of Arkansan public school teachers abroad for cultural experiences that they could integrate into their public school curricula.
Nunn was also a Professor of Political Science at the University of Arkansas at Little Rock. For over 20 years, he taught courses about Arkansas government. Nunn was also the founding owner of Rose Publishing Company, which published books about Arkansas, including its politics, history and government. He won awards from the Southern Books competition in 1981. Widely respected as the state's foremost expert on the Arkansas Constitution, Nunn published over 70 books about Arkansas, including "Arkansas Odyssey," recognized to be the most complete recounting of Arkansas history. He was also the first publisher of book compilations of George Fisher's political cartoons.
Nunn was Vice President of the Little Rock Racial and Cultural Diversity Commission in the early 2000s. Nunn was also active in his his book club for over 45 years and was an active member of the downtown rotary club for 40 years.
An avid dog lover with a jovial spirit, Nunn was fond of walking his four dogs at the Paws Dog Park and over the Big Dam Bridge, often proudly donning his favorite t-shirt labeled with the Pun "The Dogfather."
Nunn was survived by Gale Stewart, an attorney, farmer, and expert gardener. He is also survived by his two children: Robert Nunn, a political organizer and volunteer at Heifer International, and Dr. Amy Nunn, a Professor of Public Health and Medicine at Brown University. He was the proud grandfather of Agustin (8) and Valentina Velasco (6).
A memorial service will be held at 2 p.m., Saturday, October 7, 2017 with a reception following, both at Ruebel Funeral Home at 6313 West Markham St, Little Rock, Arkansas 72205. In lieu of flowers, memorials may be made to Global Ties Arkansas, 16 Toulouse Court, Little Rock, Arkansas 72211. www.ruebelfuneralhome.com.