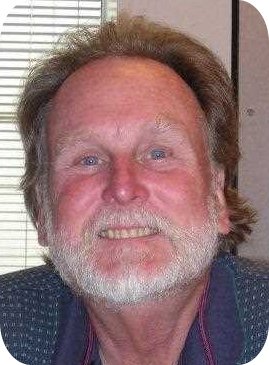 Kimberly Gray Smith, 69, passed away in Fayetteville April 9, 2018. He was born July 19, 1948, in Manchester, Connecticut, to Robert H. and Janet (Simon) Smith. He was third of 5 children. He is survived by siblings Holiday Houck, Robert H. Smith, Jr., Wendelin J. Smith, Bradford S. Smith, their spouses and many nieces and nephews.
Kim and his wife Peggy J. (Jones) were married 45 years (since 1972). Their daughter, Mallory and husband Sheldon Steinert of Fayetteville are parents of Erowyn, Simon, Laura, and Kara.
Kim, as Distinguished Professor of Biological Sciences at UA-Fayetteville, pursued research in various areas of terrestrial ecology. His interests ranged widely from black bears to birds to bugs. His formal education took him from Kimball Union Academy (prep school) in New Hampshire to undergraduate studies at Tufts University (B.S. 1971). He received advanced degrees from the University of Arkansas-Fayetteville (M.S. 1975) and Utah State University (Ph.D. 1982). Kim was a post-graduate research ecologist at Bodega Marine Lab, UC Berkley (1980-1981). He also served as Research Associate at Manomet Bird Observatory (1977-1980).
Kim began his professional teaching and research career at UA-Fayetteville in fall 1981. He attained status as University Professor of Biological Sciences (2009) and Distinguished Professor (2015). During his career he was Departmental Chair of Biological Sciences (2004-2008) and a highly productive researcher and collaborator, with approximately 300 professional publications.
Kim was a committed educator and nurtured students at various stages of career preparation and development, including 8 post-doctoral research associates, 23 doctoral students, 36 masters students, and many undergraduate honors students. Kim was deeply involved in numerous professional organizations in a variety of roles: officer, editor, meeting organizer, etc. He served as Editor in Chief of The Auk (2000-2004), the primary scientific journal of what is now the American Ornithological Society.
In lieu of flowers, the family invites contributions to causes and activities valued by Kim. Specifics about contributions, as well as a celebration of Kim's life will be announced on a future date.
Kim presented a retirement seminar in the Department of Biological Sciences on April 5, just 4 days before his death. He entertained a packed room with an often humorous summary of his life and career, "Life in the Fast Lane: My Life as a Community Ecologist." He ended his seminar with some advice to younger colleagues: "Be curious, be creative, challenge yourself to learn new things, learn the history of things that interest you, take students on field trips, take students abroad," and finally, "have fun doing what you do … I did …"
Cremation arrangements by Beard's Funeral Chapel.
Condolences at www.beardsfuneralchapel.com.