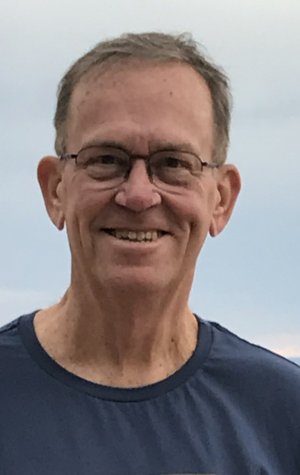 William R. "Bill" Holmes of Little Rock, died peacefully December 17, 2018. He was born in San Antonio, Texas on September 21, 1949. Bill was preceded in death by his father, Charles W. Holmes and his sister, Carolyn Ascher. He is survived by his wife and best friend of thirty years, Rita Wright Holmes; mother, Jean Holmes; brother, Chuck Holmes (Laurie); nephew, Matthew Holmes (Gina), nieces, Ashley Steele, Lauren Ayers (Ryan) and Angela Shapiro; one great-nephew, three great-nieces and a host of other relatives and friends.
Bill joined Arkansas Bankers Association (ABA) in 2004 and served as President/CEO since 2011. During his tenure, he provided leadership for the Association and contributed significantly to the industry's progress. He worked diligently to help achieve the ABA's mission of making Arkansas Banks and Bankers better and more successful. Bill spent more than 40 years in the banking industry. He served on the Board of Director's for Arkansas Capital Corporation Group, Economics of Arkansas and on the Board of Trustees at the Graduate School of Banking, Madison Wisconsin and the Graduate School of Banking at LSU.
Bill was a mentor to many, a man of honor and integrity. He could light up a room with his smile and quiet wit. He was known and admired for his positive attitude and was a loyal friend and the Rock of his family.
Bill loved fishing, duck hunting, boating, shooting pool, golf, cooking and entertaining for family and friends. He developed a passion for photography and loved traveling and experiencing new adventures with his wife, Rita.
There are people who come and go in our lives. A few touch us in ways that changes us forever, making us better for having known them. Bill Holmes was one of those people. He was loved by all who knew him.
The family would like to extend a special thanks to Diane Wilder, M.D., Greg Engstrum, M.D. and Doug Holloway, M.D.
A Celebration of Life will be 1 p.m. Friday, December 21, 2018 at Trinity Presbyterian Church, 4501 Rahling Road, Little Rock, Ark. with Reverend Jeff Price officiating. A reception will follow immediately after the service.
In lieu of flowers, memorials may be made to CARTI Foundation, 8901 Carti Way, Little Rock, Ark. 72205 and to Baptist Health Foundation, 9601 Baptist Health Drive, Little Rock, Ark. 72205. To sign the online guest book, please visit www.rollerfuneralhomes.com/chenal.