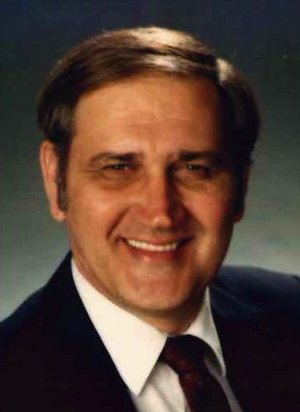 Mr. J. NOAL LAWHON II, resident of Sherwood and former resident of McCrory, passed away on Tuesday, February 6, 2018. He was 73 years of age.

Visitation will be Thursday night, February 8, from 5-8 p.m. at the North Little Rock Funeral Home. Mass will be at the Immaculate Conception Catholic Church in North Little Rock Friday afternoon, February 9, at 1 p.m. with Father John Wakube, officiating. Graveside services will be held at Fakes Cemetery in McCrory.

Mr. Lawhon was born in Batesville, Arkansas on January 5, 1945, the son of J.N. (Jay) Lawhon and Lillian Swanson Lawhon. He was raised an only child and had the full attention of not only his parents but his grandmother, Elizabeth Swanson, who thought the sun rose and set in him.

Mr. Lawhon was a graduate of McCrory High School and the University of Arkansas where he received a Masters Degree in Business. In 1968 Mr. Lawhon married the former Joanna Jaworski and together they had three children, Sheree Stasia Winder, J. Noal Lawhon III and Thane Joal (T.J.) Lawhon. Before the children were born, he and his wife worked side by side at the family business, Lawhon Farm Services in McCrory. After Sheree was born, Joanna retired and Noal partnered with his dad and together they built the business into more than just a farm supply store. It became the hub of the agricultural services in Woodruff and surrounding counties through the hard work of his employees who he considered family. In 1988, his company earned, under Noal's leadership, Arkansas' business of the year award presented by then Governor Bill Clinton. In 1992 Noal launched the Delta Seed Company which became one of the largest seed companies in the Mid-South. His search for new opportunities in agriculture took him as far as Hawaii, Brazil, Russia, and Greece.

In 2013, Mr. Lawhon was presented the McCrory Citizen of the Year Award and he graciously accepted it with his family by his side. A man of character, a son, husband, father, and good friend to many, Mr. Noal answered the call of duty to be a good citizen and help those in need. He continued to oversee his businesses in McCrory, sometimes by phone but often in person. He was always just a phone call away. He was a man of many talents and one employee described him as "tall in stature and big in heart." This proved to be true over and over during his lifetime.