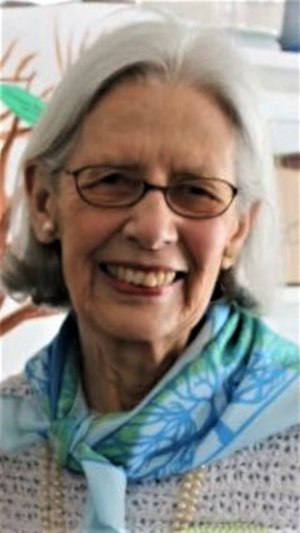 MARGARET DOWD WATKINS, 89, of Little Rock, passed into God's arms surrounded by her family on February 22, 2018 at Arkansas Hospice. She was born to Lucretia and Bernard Dowd on October 23, 1928, in Grand Rapids, Mich.
After growing up in Flint, Mich., Margaret met and married Lewie A. Watkins, Jr. and moved to Arkansas in 1954. In 1976, she moved to St. Louis where she spent 22 happy years working at Washington University Graduate School, leading the Olin Fellowship for Women. She was a lady of great style and dignity, always carrying herself with the utmost poise.
Our mother volunteered throughout her life at numerous Junior Leagues in each city in which she resided. After retiring in 1999, she returned to Little Rock and volunteered at VIPS, CASA, and Arkansas Hospice.
Marge, as we affectionately called our mother, was the Matriarch of the family. It took one look from her to know we better get back on track if we were wayward. Growing up Mom regularly took us on cultural outings. To ensure there was no complaining from the backseat, the destinations were always a surprise… such as to see the newest exhibits at the Arkansas Arts Center or the science museum in MacArthur Park. Marge continued this tradition with her grandchildren as well.
She is preceded in death by her parents, her sister Jean, her brother Tom and son, Lewie A. Watkins III. She is survived by her children, Laura Peach, Peggy Mitchell (David), Phillip Watkins (Audrey) and John Watkins (Leesa) all from Little Rock, along with twelve grandchildren, Mason McBroom (Sarah), Michael McBroom, Maggie Peach, David Mitchell (Frances), Meredith Mitchell, Will Mitchell, Shelby Vice (Aaron), Sean Watkins, Claire Watkins, Collier Watkins, Slater Watkins and Walker Watkins and five great – grandchildren, Asher and Isaac Vice, Susan Grace and Elizabeth Mitchell, Ada Ruth McBroom and her brother, Phillip Dowd (Marie) of Glen View, Ill.
Special thanks to Dr. James Shuffield and his nurse, Paula, who were unwavering in their attention and care. Huge appreciation goes to Grandaughter Claire Watkins who was so nurturing of her "Gram" in her final days. Also, a special thanks to the wonderful, caring staff at Arkansas Hospice.
A memorial mass will be held at Our Lady of the Holy Souls Catholic Church, 1003 N. Tyler St. Little Rock, Ark. at 11 am Monday, February 26, 2018. A reception will immediately follow the mass in the Parish hall.
In lieu of flowers, donations may be made in Margaret's memory to Arkansas Hospice, #2 St. Vincent Circle 7W, Little Rock, Ark., 72205. Cremation Arrangements entrusted to Arkansas Cremation. www.arkansascremation.com.