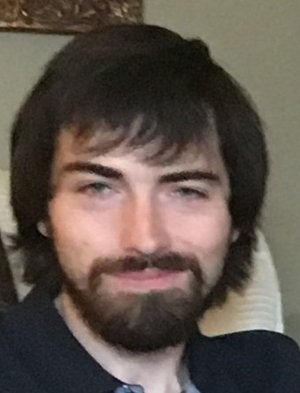 ROBERT THOMAS LEE, "ROBBY" was born Oct. 3, 1993 in Rockford, Ill. He moved with his family to Maumelle at the age of three months and has lived in the Little Rock area all of his life. He is survived by his parents, John and Sara Lee, sisters Amy, Carrie, and Lori, brothers Josh, Dylan, and Mike, nephew Jack, niece Violet, an army of wonderful relatives, and very special friends. He was preceded in death by his sister Bonnie. Robby's big love was music. He loved listening to 60's and 70's music, especially the Beatles. He loved playing music, too. Even though his right hand was partially paralyzed as a result of brain surgery, he found a way to be a good musician. His best instruments were piano, drums and ukulele but he also dabbled with guitar, mandolin and harmonica. He spent hours in the evenings on drums and tambourine, playing loudly in the garage with his dad on the other drum set and mom on percussion. He even got the opportunity to sing background vocals on an Amazon best-selling children's album, and as a boy he appeared on his favorite TV channel, Cartoon Network with his sister Amy.He grew up in Maumelle and attended Pulaski Academy and also Christ Lutheran. Robby was a normal little boy until he was stricken with seizures at age seven. He endured surgeries, seizures and accidents but was determined not to be defined by his disability. No matter how intense or traumatic an event or hospital stay might be, he would always remain positive and loving and influenced everyone he met. He was one of the finest examples of unconditional love you could ever know. He was always kind and gentle with pets and his cat, Binks who is missing him already. He had an extremely close bond with his mother and father who were not only parents, but best buddies. All three of his sisters loved him to the fullest and each had a unique and special bond with him. They will miss his hilarious sense of humor and daily phone calls and texts. He was so happy about the wonderful husbands his sisters had chosen, too, and he loved having three great new brothers and they loved him. He adored his niece and nephew and was fortunate to have a close relationship with each of his four grandparents. Robby had two very special friends named Marcus and Hans who live in Utah. The three of them spent hours gaming long distance and they called themselves, "The Three Amigos." They both loved him and he loved them. He also cherished his Monday Night Football buddies who gathered each week at Bill and Rachel's house. They were all older but treated him like a brother. Robby was our hero. Whether he was fighting to save Princess Zelda or just fighting to stay positive despite all odds. He was an example to all who met him. He showed us that no matter what hand you have been dealt, it should never get in the way of kindness and love. A visitation will be on Tuesday, January 9, 2018 from 6-8 p.m., at Roller Chenal Funeral Home, 13801 Chenal Parkway, Little Rock, AR 72211 (501) 224-8300. Funeral services will be at 11 a.m., Wednesday, January 10, 2018 at the funeral home with Reverend Tony Jones officiating. Burial will follow at Riverwood Memorial Gardens. Online guestbook: www.rollerfuneralhomes.com/chenal.