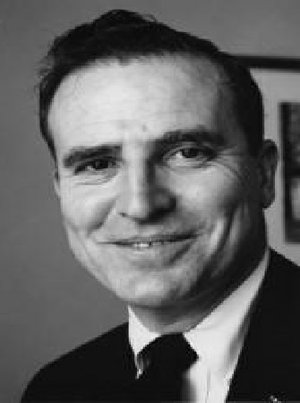 Born Jan., 4, 1924, in Toronto, Canada, to Ellen Thorsen and Gilbert Sadler Campbell Sr., he returned to Charlottesville, Va., to spend the formative years of his life, graduating from the Midway School, later becoming Lane High School, in 1939. At the tender age of 15, he enrolled at Hampden-Sydney College, whereupon he transferred after his first year to the University of Virginia to earn his undergraduate ('43) and medical degree ‘(46). Thereafter, he attended the University of Minnesota where he obtained a Master of Science degree in physiology ('49) and a doctorate in surgery ('54).

From 1949-1950, he was a basic sciences instructor and head of the experimental laboratory at Walter Reed Army Medical Center in Washington, D.C. From 1950-1951, he served as Captain and surgeon in the 3rd Battalion of the 7th Infantry Regiment of the United States Army Medical Corps in Japan and Korea, where he earned two Silver Stars, two Bronze Stars and a Purple Heart. He was highly regarded by his fellow infantrymen as a fearless and highly competent surgeon.

At the end of the winter of 1954-1955, which was during the epicenter for open-heart surgery at the University of Minnesota, and having already published 19 scientific papers, he embarked on his first open-heart case. He successfully used two freshly cleansed dog's lungs to repair a 13-year-old boy's ventricular septal defect (a hole in the heart), a procedure that refreshed the boy's blood supply and that was a pioneering step in the development of today's oxygenator for open-heart surgery.

From 1958-1965, Campbell served as Chief of Surgery at the Oklahoma City Veterans Administration Hospital and Chief of the Thoracic Surgery at the University of Oklahoma Medical Center, where his was a Markle Scholar, joining only three of the school's first-time faculty members with such distinction. He was a member of the cardiovascular team that initiated the first open-heart surgery program and which also performed the first successful open-heart surgical procedure in the state of Oklahoma.

In 1965, Campbell became a professor and chairman of the Department of Surgery at the University of Arkansas for Medical Sciences (UAMS), where he served for 18 years. He remained as a Professor Emeritus until his retirement in 2000. Among his numerous departmental accomplishments, his greatest joy was the recruiting, training, and mentoring a legion of outstanding residents who went on to successful medical careers of their own, mostly in Arkansas. He initiated the first thoracic surgery residency at UAMS and he was inducted in 2004 into the inaugural class of the UAMS Hall of Fame.

Throughout and later in his career, he received several honors, awards and appointments, and held many leadership positions, most notably the following: Raven Society at the University of Virginia (1945), Horsley Prize Winner (1954), President of the Halsted Society (1978), 1st Vice President of the Southern Surgical Association (1981), Surgical Alumnus of the Year at the University of Minnesota (1983). In April 2015, encircled by dozens of his former residents who gathered in love and gratitude to extend one last "Hail to the Chief", he was recognized by the Senate of Arkansas and presented with a Citation for his invaluable service and contributions to his lasting legacy at UAMS.

Just as enormously successful was his professional career so too was his unforgettably uplifting personal character, rarely missing sharing a joke, a humorous story from his past, or his uncannily witty one-liners, that invariably enriched and enlivened one's day with laughter and smile. Upon a first-time encounter, one would be hard-pressed to realize how much professional greatness enveloped him given how much personal humility and goodwill exuded him. His professional and personal successes were sustained by a lovingly loyal wife of over 50 years, his "Boanie Joanie", who spent invaluable time in the background raising and nurturing all of his children.

Upon his retirement, he lived out many happy years at the Red Apple Inn in Heber Springs, Ark., spending his time on the golf course with his adored basset hound companion, Rodney, water skiing in and around Greers Ferry Lake, and enjoying his favorite drink of Scotch and water across a sprawling cast of wonderfully dear friends. He would frequently return to Charlottesville to cheer for his beloved Virginia Cavaliers, attending as many home football games as distance and time would allow, and annually reuniting with his increasingly thinning medical school class. He enjoyed travelling to visit and spend time with all of his children and grandchildren. He treasured playing the piano, even writing his own music for a period of time, and crooning along to his favorite tunes.

The family wishes to especially thank the tireless, wonderfully attentive care of Carlissa Jones who provided unconditional love, heart, laughter and joy during his final months of life.

A service of remembrance will be held at Saint Mark's Episcopal Church on Tuesday, Jan. 16, at 2 p.m. with a reception to follow. Active pallbearers will be his former residents and colleagues: Dr. Hugh Burnett, MD, Dr. John C. Gocio, MD, Dr. John E. Hearnsberger, MD, Dr. Virgil E. Lyons, MD, Dr. Patrick Osam, MD, Dr. John M. Ransom, MD, Dr. W. Everett Tucker, MD, and Dr. Charles Williams, MD. He will be laid to rest at Monticello Memory Garden in Charlottesville, Va., on Saturday, Jan. 20. In lieu of flowers, the family asks that donations be made in his honor to the Ellen T. and Gilbert S. Campbell Sr. Endowed Scholarship Fund at the University of Virginia via mail: UVA Gift Processing Services, P.O. Box 400331, Charlottesville, Va., 22904-4331, or via the secure website - giving.virginia.edu and click the "Give Now" button.