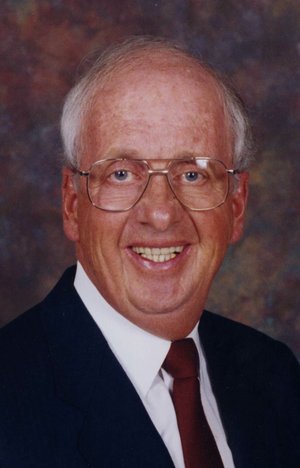 Dr. Jefferson "Gary" Edwards of Batesville, Arkansas, died peacefully at his home on September 8, 2018, after a long and hard-fought battle with Parkinson's Disease.
Gary was born in Newark, Arkansas, in 1941. He was a graduate of the University of Arkansas and received his Doctor of Veterinary Medicine degree from Oklahoma State University. He had his own private veterinary practice in Batesville, and then began a long career in the poultry industry. He was recognized as one of the foremost experts on poultry production in the country, traveling the world setting up and directing poultry operations.
He was an active church member at First Baptist Church of Batesville and participated in many mission trips across the country. He volunteered for community organizations including White River Medical Center and Help and Hope, and was on the Board of Directors of the White River Health System Foundation and Williams Baptist University. In 2010 he was honored by the Arkansas Hospital Association as Volunteer of the Year for Arkansas. And his many friends know of the countless acts of service and kindness he showed them over the years.
He is survived by daughters Andrea Edwards of Little Rock, Ark.; Amanda Edwards of Collinsville, Ill.; Pat James and her husband Leonard, of Batesville, Ark.; and Amanda Chason and her husband Steve of Augusta, Ark.; grandchildren, Gary Wallis, Brian Edwards, Olivia Perry, Matthew Perry, and Alley Edwards; and sister, Carolyn Osborne and her husband Pruitt. He was preceded in death by his beloved wife Una Dell Edwards, and parents Ray and Marie Edwards.
Funeral services will be Wednesday, September 12, at 11 a.m. at First Baptist Church of Batesville. Graveside services immediately following at Blue Springs Cemetery in Newark, Ark. In lieu of flowers, Gary has requested that donations be made to Arkansas Hospice, White River Medical Center; John 3:16 Ministries; or the organization of your choice.