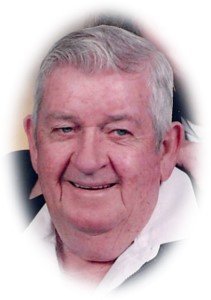 Jim was a school bus driver for the Rogers School District for 40 years, he formally worked for Daisy Manufacturing, Model Laundry, and Northwest Tobacco and was a member of Southside Church of Christ in Rogers for 58 years, where he served as a Deacon and was one of the first leaders of the Joy Bus Ministry. Jim was an avid baseball fan, namely the Yankees and the Razorbacks, and he developed over 700 ball-players in his 33 years spent coaching. He loved to read and watch western stories.

Funeral services will be 11 a.m. Friday, September 14, 2018 at Southside Church of Christ with Mr. Jackie Chesnutt officiating. Interment at the Rogers Cemetery. Visitation will be 5-7 p.m. Thursday at Benton County Funeral Home, 306 N. 4th, Rogers. In lieu of flowers memorial contributions may be made to Green Valley Bible Camp and Micha's House in c/o the funeral home. Online condolences to www.bentoncountyfuneralhome.com.