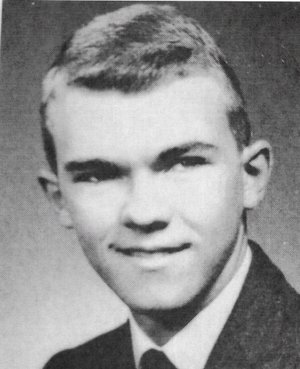 Travis Benson Pennington, age 73, died December 3, 2019, after a valiant battle with Parkinson's. Travis was born September 9, 1946, in Little Rock, Arkansas. He was the only child of the late Aubrey Travis and Elizabeth (Chandler) Pennington. He was a 1964 graduate of Malvern High School and a 1969 graduate of Henderson State Teachers' College. Travis began his career as a coach/teacher for the Malvern School District and later as an Employability Instructor for Ouachita Technical College. He served 26 years with the Arkansas National Guard in the Malvern and Sheridan units obtaining the rank of Master Sergeant. He later became a postal clerk for the United States Post Office in Benton and ended his career with the Employment Security Division in Malvern.

Travis was a longtime member of First United Methodist Church in Malvern and the Pennington Hunting Club in Princeton. Travis was an avid Malvern Leopards' fan. He enjoyed watching his grandchildren play ball. He took extra care tending to his cattle and horses.

Honorary pallbearers will be brother-in-law, Harold Anderton, Dr. Larry Brashears, and Preston Prince. In lieu of flowers, memorials may be made to the children/youth department or Harvest of Hope at Malvern First United Methodist Church.

The family wishes to thank the loving care shown Travis by the nurses and staff of Arkansas Hospice and a special thank you to caregiver Pam Paquette. Arrangements by Regency Funeral Home. Sign the Guestbook at regencyfuneralhome.com.