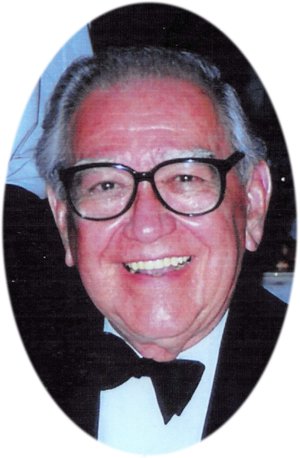 He graduated from Tuckerman High School in 1943, attended the Citadel in Charleston, S.C. before enlisting in the army. He shipped to the South Pacific as an infantryman and reclassified upon arrival as a combat medic. He was awarded the Combat Medic Badge, Bronze Star, and Philippine Victory Medal.

After his service, he attended and graduated from the University of Arkansas, Fayetteville, with an undergraduate degree in history and political science, and with a JD from the U of A law school in 1951. Returning to Jackson County, he was appointed Deputy Prosecuting Attorney for Jackson County. He later served two terms as Prosecuting Attorney for the Third Judicial District before entering the private practice of law with a legal career spanning more than 50 years, the last nine with his son in the offices of Boyce & Boyce. He held statewide office as president of the Arkansas Bar Association, as well as various committees of the Episcopal Diocese of Arkansas and Board of Trustees of the Seminary of the Southwest in Austin. Locally, he was member and past president of many organizations including the Newport Rotary Club, Newport Country Club, St. Paul's Episcopal Church, Jackson County Bar Association, Jackson County Historical Society, and Trails to Tuckerman Historical Society.

After his initial retirement in 1992, Boyce returned to the University of Arkansas where he served on the faculty of the law school. Upon second retirement, Boyce explored an additional interest in creative writing. He continued his service as editor and author of the Stream of History, the publication of the Jackson County Historical Society. He also authored several essays, poems, and magazine articles. In 2015, he wrote and published Best Little Town, a Brief History of Tuckerman, Arkansas.

Services will be held at St. Paul's Episcopal Church in Newport on June 14, 2019 at 2 p.m. There will be visitation in St. Paul's parish house from noon to time of service. The Reverend Laurel Arthur Burton will officiate. Burial will be at Walnut Grove Cemetery in Newport. Memorials may be made to Jackson County Library, or St. Paul's Episcopal Church. Arrangements by Jackson's Newport Funeral Home. www.jacksonsfh.com.