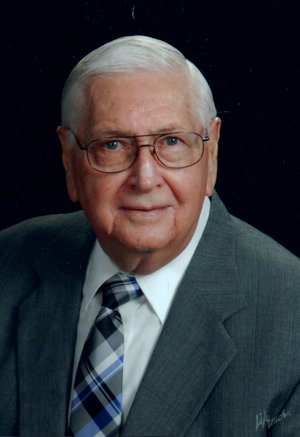 Thomas Lee Paxton of Conway, Arkansas, passed from this life on October 8, 2019, at 87 years young. Tom was a follower of Christ, made evident by his selfless and humble heart.

Tom was born on June 9, 1932, in Sheridan, Arkansas, to the late John Arthur (Pete) and Maxine (Dial) Paxton. He graduated from high school in Prattsville, Arkansas, in 1951, which is where he met the love of his life and wife of 65 years, Mae (Stubblefield) Paxton.

After graduating from Henderson State University and serving in the US Army, he dedicated his professional life to finance, initially for 15 years at Commercial Investment Trust, and 26 years at Simmons First National Bank, where he served as Senior Vice President of the Credit Card Division.

In lieu of flowers, donations may be made to The CALL in Faulkner County; thecallinarkansas.org or the American Baptist Association Missions; abaptist.org/missions.

Services will be held at Roller-McNutt Funeral Home at 650 Central Landing Blvd., Conway, Arkansas, on Saturday, October 12, 2019. Visitation will begin at 9 a.m. followed by the service at 10 a.m. Burial will be in the Philadelphia Cemetery in Prattsville, Arkansas. Online guestbook available at www.rollerfuneralhomes.com/conway