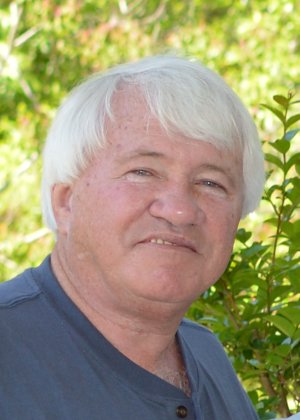 Richard Dennis "Dickie" Ratliff, age 69, our beloved husband, father, grandfather, brother, uncle, and friend, died Monday, October 14, 2019.
A proud lifelong resident of Pine Bluff, Dickie was born October 31, 1949 to the late Russell Franklin Ratliff and Hazel Willis Ratliff. He graduated from Pine Bluff High School in 1967 and served in the United States Army and Reserves from May 5, 1971 until January 1, 1975.
In 1972, he and his brother, Russell Lee Ratliff, opened Big Banjo Pizza Parlor. The business grew to include Ratliff Enterprises, which included R&R Equipment Company, Big R Ice Company, and Ratliff Properties.
Dickie loved being a citizen of Pine Bluff. He did many good deeds for his community, and especially his many friends. If a need was present, he was always ready to lend a helping hand.
He was an avid duck hunter and enjoyed spending time with his close friends and family at the Big Cypress Duck Camp, where many special memories were made. Some of his proudest moments were sharing stories about his daughter, Brandy, and his pride and joy, his grandson, Ethan. In addition to his parents, he was predeceased by three brothers, Joe Douglas Ratliff, Russell Lee Ratliff, and Wayne Alan Ratliff.
Survivors include his wife and best friend, Rita Funderburg Ratliff, who shared his life for 41 years; a daughter, Brandy Ratliff Weatherly (Sam) and a grandson, Ethan Coyle Weatherly, all of Pass Christian, Miss.; two sisters, Marilyn Ratliff Boellner and Cheryl Lynn Ratliff, both of Little Rock; a sister-in-law, Pam Stone Ratliff of Pine Bluff; and his dog, Tanner.
Visitation will be Saturday, October 19, 2019, beginning at 9 a.m. in the Chapel of Ralph Robinson and Son. The service will follow at 10:30 a.m. with Brother Howard Loetscher officiating. Burial will be in Graceland Cemetery. Memorials may be made to Neighbor to Neighbor, 1419 S. Pine Street, Pine Bluff, Ark. 71601; or to any other charity in the Pine Bluff community. Online condolences may be made at RalphRobinsonandSon.com.