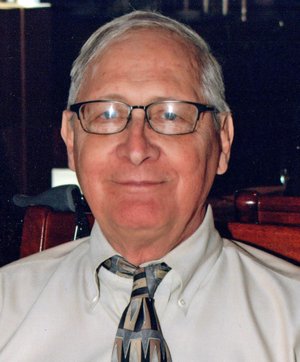 On Wednesday, October 23, 2019, Richard Lee Romero passed away at the age of 72 after an unexpected illness. Richard was born on March 19, 1947, in Richfield, Utah to Forrest and Aline (Bennett) Romero.
After serving a tour of duty in the US Navy, Richard received his landscape architecture and planning degree from Oklahoma State University. On November 29, 2003, he married his soulmate Regina (Vincelette) Romero and was truly blessed to share the remainder of his life with her.
Richard loved spending time with family and friends listening to live music, dancing, gardening, visiting history and war memorials, as well as traveling the world. He was a steward of the earth and his community due to his belief that humanity has an obligation to pay it forward. This belief could be seen through his involvement in many charitable organizations and volunteer positions in Fayetteville and the surrounding communities. Richard will be remembered fondly for his love of learning, his quick wit, his infectious smile, and his kind, compassionate spirit.
Richard was preceded in death by his father, Forrest, his mother, Aline and his brother Walter. He is survived by his wife, Regina, his four children, Quinci, Jacqui, Colin, and Lena. He is also survived by seven grandchildren, three siblings, their spouses, and numerous nieces and nephews.
A memorial service for Richard will be held at 3 p.m. on Monday, October 28th, at Beard's Funeral Chapel. Family and friends are welcome to a gathering with refreshments after the service to be held at 5 p.m. at WRMC Willard Walker Hospice House, 325 East Longview St., Fayetteville, Ark.
In lieu of flowers, donations can be made in memory of Richard L. Romero to the WRMC Willard Walker Hospice House at https://www.wregional.com/foundation/donate-online. Condolences at www.beardsfuneralchapel.com.