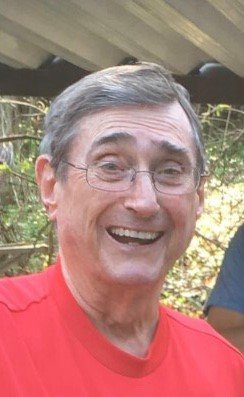 Vernon Taliaferro Tarver Sr., 79, of Fayetteville died September 8, 2019. Vernon was born in Star City, Arkansas on February 27, 1940 and was raised in Pine Bluff, Arkansas. He was preceded in death by his mother Mary, his father Cullen and his dear younger sister Cullen Mac. He is survived by his wife Thelma, daughter Mary Anne Tarver of Fayetteville, Son Vernon Tarver Jr. and grandson Jackson of Springdale; brothers-in-law, Arthur Weeden, Clifford Mosier (Bobbie), nephews, John (Lyle), Carl (Cortney), Billy (Brenda) and Jerry and nieces, Amy, Mary Cullen (Chris), Patty and Kristine.
Vernon graduated from Pine Bluff High School in 1958 where he was proud to "wear the stripes" for the Zebras, lettering in both football and basketball as quarterback and point guard. He attended Henderson State University for one year then transferred to the University of Arkansas at Fayetteville. His education was interrupted by two years of service in the U.S. Army in military intelligence. After his military duty Vernon returned to the University of Arkansas where he was a proud member of Sigma Alpha Epsilon fraternity, making a multitude of life-long friends. He graduated in 1966 with a BSBA in Marketing.
Vernon's professional life included the following: Vice-president of East Mortgage Banking Company, President of Northwest Title, President of Tarver and Associates Real Estate Company, instructor of real estate at the University of Arkansas and forty-five plus years of experience in real estate, ending his career proudly as Senior Vice-president and Executive Broker at Coldwell Banker Harris McHaney and Faucette.
Vernon's career was distinguished by becoming a life-time member of the Multi-Million Dollar Club, serving as a member of the Fayetteville Board of REALTORS, being selected as favorite agent in Fayetteville by the Arkansas Times in their Readers Choice Awards, serving as chairman of the Professional Standards Committee and being awarded the title and status of Real Estate Emeritus by the National Association of Realtors in 2015.
Vernon was a member for more than 50 years of St Joseph's Catholic Church. He served his community as the PTO president and basketball coach of St. Joseph School, president of Woodland Jr. High Booster Club, member of Arkansas Alumni, a Razorback Scholarship supporter, and was a volunteer for Meals on Wheels.
Among Vernon's passions were a fierce support of the Arkansas Razorbacks, St. Louis Cardinals, duck hunting, fall porch gates, yearly (men's) Spring Fish Fry, blues music, highlighted by yearly trips to the Helena Blues Festival and on occasion singing "Sweet Lil Angel" with the Cate Brothers Band.
Vernon often said he had four valued families. First and foremost was his deeply loved immediate family including his wife Thelma of 52 years, his daughter, Mary Anne, his son Vernon, Jr. and his beloved grandson, Jackson. Second, was his work family of treasured and loved colleagues at Faucette Real Estate, Third, was his south Arkansas family composed of members of Shady Oaks Duck Club where he served as president for many years. Last, was his family of loyal, devoted life-long friends, especially his fellow Road Runner Golf Tournament duffers.
A rosary will be held at 10:30 a.m. Friday September 13, 2019 at St. Joseph Catholic Church with Funeral Mass starting at 11 a.m. under the direction of Moore's Chapel. A reception will be held following the Mass in the Norm DeBriyn Center at the church.
In lieu of flowers the family requests that memorials be made in Vernon's name to Fayetteville Meals on Wheels or WRMC Willard Walker Hospice Home. They would also like to offer a special thanks to Dr. Larry Tuttle and staff, the staff of Walker Heart Institute CHFC and Willard Walker Hospice staff especially RN Dylan and CNA Bobbi. To sign the online guest book visit www.mooresfuneralchapel.com.