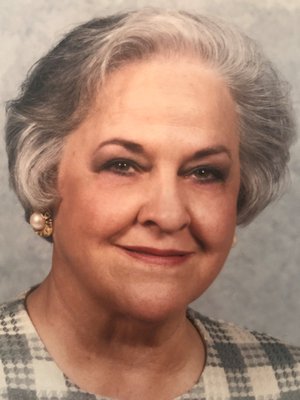 Betty Sue Atkinson Brown, lovingly known by her friends and family as "Too Too", 89, of Dumas, Arkansas passed away Sunday, September 8, 2019. She was born in Warren, Arkansas on May 5, 1930 to the late Trenton Preston Atkinson Sr. and Ruth Broach Atkinson. After graduating McGehee High School, Betty Sue started her career as a telephone operator for Southwestern Bell in McGehee. She continued her career in management with Southwestern Bell (AT&T), for over 39 years, while living in Little Rock, Forrest City, El Dorado and Dallas. Betty Sue retired and returned to Little Rock, Ark. in 1987 to be the caregiver for her father until he passed away in 1991. She was a world traveler, visiting many countries. Betty Sue loved to cross stitch and knit. She was a very talented artist and was an active member of Gold Star Wives. Betty Sue was a member of Pleasant Valley Church of Christ in Little Rock, Ark. Too Too lived in Little Rock until 2011 when she moved to Dumas to be near her nieces (caregivers) Renee Petty and Lisa Petty Goodgame.

Special thanks to The Oasis of Dumas Assisted Living, Dr. Chambers and Arkansas Hospice for their special care. Too Too loved them all.

Visitation will be held at 10-11 a.m. Saturday, September 14, 2019 at McGehee Church of Christ in McGehee, AR. Funeral services will follow at 11 a.m. at the church with Rickey Eppes officiating. Burial will be at McGehee Cemetery. Arrangements by Griffin-Culpepper Funeral Service of McGehee, Ark. Online guest book may be signed at www.griffinculpepper.com.