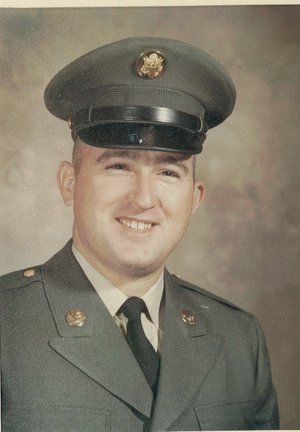 Ronald Richard Fant, 74, of Bella Vista, Arkansas, formally of Union City, Tennessee passed away March 30, 2020. He was born October 16, 1945 in Fort Smith, the second child of Robert and Wanda Fant.

Ron was a 1963 graduate of Fort Smith High School and graduated in 1968 from the University of Arkansas with a degree in Engineering/Industrial Management. He married Martha Irene Schaap of Fort Smith, September 2, 1967. He served in the United States Army from 1968-1970 at the Atlanta Army Depot and in Thailand during the Vietnam conflict. Following graduation, he was hired by the Goodyear Tire and Rubber Company working at the headquarters in Akron, Ohio, and serving on the management team at the Union City, Tennessee plant. He worked 36 years with the company, retiring in 2004. He served the Lutheran Church – Missouri Synod in numerous layperson leadership roles at Faith Lutheran Union City, Tennessee, St. Paul Lutheran, Paducah, Kentucky and Bella Vista Lutheran.

Ron was an avid fisherman, golfer, woodworker and gardener, as well as a lifelong supporter of the University of Arkansas and its athletic teams.

He is preceded in death by his parents and brothers: Leonard, Terry and Benny. Ron is survived by his loving wife of 52 years, Martha; brother Bill of Plainfield, Indiana; daughters, Ronda Eilene (Chris) Crockett of Union City, Tennessee and Michelle Lynn (Dan) Wearsch of Dublin, California; and granddaughter Penelope Autumn Wearsch.

A private interment will be at Fort Smith National Cemetery. In lieu of flowers memorials may be made to American Heart, P.O. Box 841125, Dallas, Texas 75284-1125 or Alzheimer's Association, P.O. Box 96011, Washington, DC 20090-6011 or a charity of the donor's choice. Arrangements are by Bella Vista Funeral Home and Crematory. Condolences may be expressed at www.funeralmation.com.