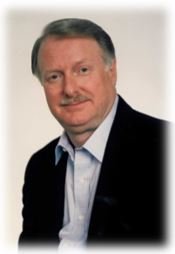 Alan Reed Miller, 76, of Sherwood, Arkansas left this Earth of Natural Causes on April 22, 2020. He was born on August 4, 1943 in Upland, California to the late Albert Raymond and Fern (Winward) Miller.
He was a member of The Church of Jesus Christ of Latter Day Saints. He was a loving husband, father, grandfather and great-grandfather who loved spending time with his family.
Reed has served his church in several leadership positions over his lifetime and made his last temple trip to Memphis the year before he was diagnosed with dementia. His great grandparents on his mother's side, the Winwards, were part of the Mormon Trail from Missouri. His Mother, Fern, grew up in Payson, Utah before moving to California with her husband. They eventually settled in Portland, Ore. Reed grew up in Portland and spent his summers in Curlew, Washington, with his family.
In high school, Reed participated in track, football and baseball while attending Jefferson High in Portland, OR. He was also a musician, playing the drums for local bands in his teen years. After high school, he attended Portland State before being drafted in the Army during the Vietnam War. He served almost eleven years with two tours in Germany. His eldest son, Bob, was born in Fort Jackson, Columbia, S.C. His second son, Scott, was born in Kaiserslautern, Germany. His second daughter, Paige, was born at Fort Bragg, N.C. His son, Dave, was born in Stuttgart, Germany on his last tour, all while he was on active duty. His oldest daughter, Kim, was born in and still resides in Portland, Ore. The three youngest sons; John, Steve and Brad were born in Ogden, Utah after he was honorably discharged from the US Army.
His hobbies included hunting and work. When people would ask, he always said that he didn't have time for hobbies unless he was hunting with his kids, otherwise he had to work to take care of his family. Along with his insurance business, he also owned several businesses over the years. In Utah he owned a hair salon, a medical testing laboratory and a storage food company. He was transferred to Arkansas in 1980 with Mutual of Omaha, and settled his family in Sherwood with his wife Kasey. She was instrumental in raising their family and guiding the business. He traveled several states for the various insurance companies he worked for. He met his life champion, Kasey Savage, at a party in Portland at age 20. They were married three months later in Vancouver, Wash., by a local Mormon Bishop. Reed and Kasey sealed their marriage while serving his country in Bern, Switzerland and would be celebrating their 58th year May 7th.
He served on several advisory boards for insurance companies with the most recent being Capitol American, where he earned the lifetime achievement award along with being a member of the Million Dollar round table. Early in his insurance career he was recognized as "Agent of the Year" with Mutual of Omaha, being noted on the "Wild Kingdom" television program. He started his own health insurance and employee benefit agency in 1989 along with his two sons, Bob and Scott. Reed retired as President of NIBC in December of 2005. All of his seven children have worked for NIBC over the years and the company celebrated its 30th anniversary last year. Three sons and three grandsons along with a niece run and work at the company today. In 1997 he started another business with his sons, Safteycom. They sell and service outdoor warning systems across the country. Every Wednesday in North Little Rock, Little Rock and Sherwood you can hear the sirens testing at noon.
The family would like to thank Teresa and her staff at FoxRidge for the wonderful care and compassion he received over the last year and a half.
He is preceded in death by his grandparents Thomas and Tish Miller. Alan leaves behind his loving wife, Katherine E. Savage-Miller; his children Kimberly Tubbs, Bob Miller (Nancy), Scott Miller (Dawn), Paige Barker (Kyle), David Miller (Jennifer), John Miller (Kari), Steve Miller (Ramona) and Brad Miller; his grandchildren Jamie Mitchell, Blake Tubbs, Courtney Frost, George Miller, Mook Miller, Kiley Williams, Hayden Miller, Hunter Miller, Drew Barker, Will Barker, Charlie Barker, JD Miller, Sydney Miller, Hugh Miller, Katherine Miller, Sophie Miller, Hayes Miller, Nash Miller, Nathan Duren, Cole Miller, Ally Miller, and Blyss Miller; his great-grandchildren Miles Baldwin, Reese Davenport, Sadie Davenport, Maisie Mitchell, Presley Tubbs, Bennett Tubbs, Rylee Frost, Mac Miller, Sutton Miller, Ellis Williams, Maverick Williams, Wynn Williams, Palmer Miller, Hollace Miller, Charley Miller, Parker Miller, Dash Barker, Hank Duren, and Dru Duren; many extended family and friends.
Reed's Family will hold a Private Family Visitation and Funeral Service on Saturday, April 25, 2020 due to the current public health care concern. Burial will follow at Rest Hills Memorial Park, North Little Rock, Arkansas. The family will be grateful for your thoughts and prayers during this difficult time.
Arrangements are entrusted to A Natural State Funeral Service, 2620 West Main Street, Jacksonville, Arkansas. 501-982-3400. Online guestbook available at www.anaturalstatefuneralservice.com.