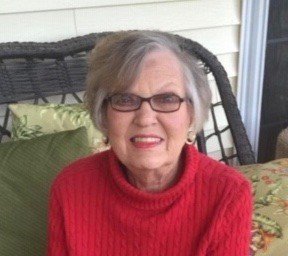 Sarah Louise Fike, age 86, of Little Rock, was born September 18, 1933 and died April 25, 2020. She was the daughter of Carl Rowland Leech and Lucille Dodson Leech of Benton. She was the granddaughter of Sarah Isabell Rhea Dodson of Benton, for whom she was named.

Sarah was a graduate of Benton High School, where she was homecoming queen and valedictorian of her senior class. She attended the University of Arkansas at Fayetteville, where she was a member of Zeta Tau Alpha sorority. Sarah graduated from Baylor University and earned her Masters in Education degree from UALR. She was a math and English teacher. She retired from the Little Rock School District in 1993 and moved to Hot Springs Village in 1996. Sarah returned to Little Rock in 2013.

She was a member of Christ of the Hills Methodist Church in Hot Springs Village. Her favorite color was green. Her favorite flower was a red rose. She loved to play the piano, and passed along a great appreciation of music to her children.

A private burial ceremony will be held at Sharon Cemetery in Benton on Wednesday, April 29 at 10 a.m. Arrangements are being made by Ashby Funeral Home in Benton, where open visitation will occur on Tuesday, April 28 from 8 a.m. to 8 p.m. The family would like to thank the Mt. Carmel Community and Parkway Village Health Center for the loving care they gave our mother in her final years.

In lieu of flowers, memorials may be made to Arkansas Baptist Children's Home, 10 Remington Drive, Little Rock, Ark. 72204. On-line guestbook at www.ashbyfuneralhome.com.