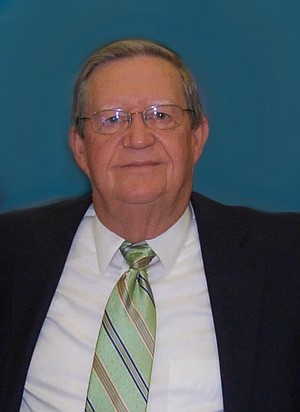 Donald Ray Davis, 80, of Jacksonville, went to be with his Lord on July 29, 2020. He was born in Big Springs, Texas to parents William and Faye Davis on March 3, 1940. Don will be fondly remembered not only for being a great father and husband, but also for helping those in need and talking to them about Jesus. He enjoyed reading his Bible and was a member of the Gideons International Association in his spare time. Don was an extremely talented gardener and a member of the Arkansas Master Gardeners. Don worked as the choral music director for the Pulaski County School District and was the long-time music director for the First Baptist Church in Kensett, Ark.

In addition to his parents, Don is preceded in death by his son, Larry Davis; brothers, Dean and Gene Davis; and his son-in-law, Gary Brooks.

Funeral services will be 2 p.m., Sunday, August 2, 2020 at Moore's Jacksonville Funeral Home. Visitation will be 5 – 7 p.m. Saturday, August 1, 2020, at the funeral home. Don will be laid to rest at Chapel Hill Memorial Park immediately after the service. An online guestbook and livestream of the service will be available on our website at www.MooresJacksonvilleFuneralHome.com. The family asks that memorial gifts be made in Don's name to the Arkansas Baptist Children's Home.