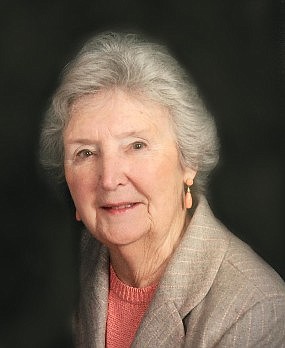 Florence Ross Deer was born August 1, 1934, to Ashley Sloan Ross and Georgiana Russ Ross in the Eugene Barkman home in Arkadelphia, Arkansas. She grew up and attended schools in Little Rock, graduating from Little Rock Senior High School in 1951. She attended Hendrix College from 1951–1953 where she was selected as the Outstanding Sophomore by the Cardinal Key Honor Society. Following in her mother's footsteps, she graduated from Newcomb College of Tulane University in 1955 where she was inducted into Phi Beta Kappa. She was a member of Rho Chapter of Chi Omega Fraternity at Newcomb. She met her husband Philip J. Deer, Jr. while they were freshmen at Hendrix. They married in June of 1955 and lived in Memphis, Tenn., where he attended the University of Tennessee Medical School. She taught school for two years while he completed his medical school training. After completing his residency in ophthalmology, they moved to Little Rock where they have lived since 1964.
Flo, as she was known to her friends, was active in community life. She was a member of the Arkansas Arts Center's Fine Arts Club, where she served as President, co-chaired the biennial Tabriz benefit, and chaired the Decorative Arts Symposium on The White House Collection. She also served as a docent at the Arkansas Arts Center, and was a member of the Board of the Arkansas Symphony Orchestra for eighteen years; serving two years as Chairman of the Board and also chairing Opus V, the symphony ball in 1989.
When her children were young she was active in PTA, serving as president of the Williams School PTA and at Hall High School as a volunteer. She was on the Board of the Child Study Center at UAMS and served on the CARTI Board. She was a member of First United Methodist Church where she was a member of the Altar Guild, the Finance Committee, and the Board of Trustees. She also chaired the year-long celebration of FUMC's 175th anniversary. She was president of Arkansas Children's Hospital Auxiliary and served a year on the Arkansas Children's Hospital Board.
She was a member of the Country Club of Little Rock, the Aesthetic Club, Scattered Seeds Garden Club and the Gay Blades Dance Club. She was a lifetime member of the Arkansas Symphony Society, the Arkansas Children's Hospital Auxiliary and of UALR's Friends of the Arts.
She is survived by her husband of 65 years, Philip J. Deer, Jr.; sons Philip J. Deer III (Lynda), Ross Deer (Stephanie); her daughter, Sloan Powell (Danny); and grandchildren, Philip, Emily, Paul and Elizabeth Deer; Bryn and Brady Deer; and Robbie and Gigi Powell; her brothers, Dr. Ashley Ross (Elisa), and Dr. John Ross; and many nieces and nephews.
The family would like to thank Dr. Joe Pevahouse, Dr. Jim Kane, Doris Murphy, Traci Easter, Linda Mitchell, and Hospice Home Care for their care during Flo's extended illness.
In lieu of flowers, memorials may be made to the Philip J. and Florence R. Deer Endowed Scholarship Fund at Hendrix College or the First United Methodist Church of Little Rock Landscape Fund or to the charity of your choice. Due to Covid-19 concerns, the family plans commemoration services at a later date. Arrangements are under the direction of Ruebel Funeral Home, ruebelfuneralhome.com