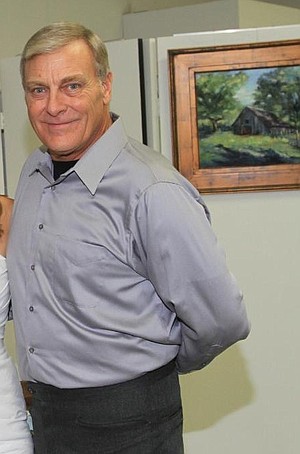 Ronald "Ron" Powell Kinchen, 67, of North Little Rock was set free of his pains Monday, August 3rd, at home surrounded by his family. He was retired from a lifetime of employment in the lumber industry, having begun his career with Arkmo Lumber Company in 1973. Through the years he enjoyed hunting and fishing, and most recently enjoyed his much-anticipated days of retirement.
He is preceded in death by his parents, Delaney and Rachel Kinchen; and two brothers, Delaney and Charles Kinchen.
He is survived by his wife of 47 years, Anne Kinchen; two daughters, Kacie Kinchen (Demetrick) of North Little Rock, and Kelsi Kinchen Hogg (Michael) of Mayflower; four grandchildren, Alexia Wilkerson, Delaynie Green, Harlan Hogg, and Melody Hogg; one sister-in-law, Carol Kinchen; as well as numerous cousins, nieces, and nephews.
Due to his declining health and restrictions implemented in response to COVID-19, Ron spent more than two months away from his family and friends before returning home on July 9th. His immediate request upon returning home was to see his family and his friends, and we are so grateful he had that chance. That chance was made possible in part by the dedication of his wife, the help of Kindred Hospice, and the compassionate care of longtime family friend BJ Garner. He will be missed by all who knew him, including the numerous friends gained through his career, and his many special fishing friends.
A memorial service will be held at a later date. Messages of joy and memories can be left at arkansascremation.com. Cremation Arrangements Entrusted to Arkansas Cremation. www.ArkansasCremation.com.