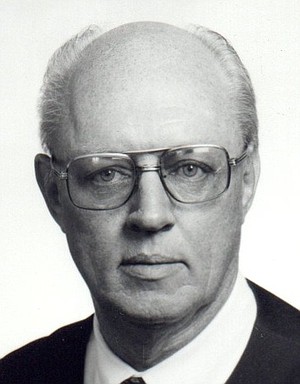 Retired Judge Andre E. McNeil, age 89, of Conway, Ark., departed this life December 16,2020. He was born June 24, 1931, to the late Aubrey W. and Luzelle McNeil in Merigold, Mississippi. He was preceded in death by his parents and a younger brother, Aubrey E. McNeil. He is survived by his wife of 32 years, Andi Elizabeth McNeil; his children, Mike McNeil (Jan), Scott Boone (Lisa), Michael Boone (Monica), and Kimberly Clymer (Rockey); grandchildren, Emily, Alec, Anna, Jamey and Kylee.
He graduated from high school in Cleveland, Mississippi, in 1949 and entered Delta State the same year. In 1950 he interrupted his college education to enter the United States Marine Corp and served with the First Marine Division in Korea from 1951-1953. After his tour of duty in Korea he was assigned to Camp Lejeune, N.C., where he continued to serve with the Fleet Marine Force as a member of the Second Marine Division until his enlistment expired. He was a Staff Sergeant at the time of his discharge. Eager to complete his college education, he took a maximum case load each term and at one time was simultaneously enrolled in both Delta State and the University of Mississippi. He managed to earn a four-year undergraduate degree and a Master's degree from a four year G.l. Bill program. Despite the fact that he was working part time and carrying a heavy case load, he continued to earn a place on the college's honor roll.
He graduated from Delta State University in 1957 with a BS in Business Administration and from the University of Mississippi in 1958 with a Master's Degree in Economics. He taught Accounting and Business subjects at Pearl River Junior College during the school year 1957-1958. In 1958 he accepted a position teaching Business subjects at the University of Central Arkansas and began working toward the requirements for a PhD in Business Administration. In 1965 he elected to change careers and entered the University of Arkansas Law School at Fayetteville. He graduated in early 1968 and was admitted to the bar the same year. From 1968 through 1984 he engaged in the general practice of law in Conway, Arkansas.
In 1985 he was elected to serve as Chancery Judge of the 20th Arkansas Judicial District and held that position until retirement in 1996. During his time on the bench, he was noted for his concerns for the parties involved in cases before him and for the attorneys representing those parties. He would accept nothing less than absolute honesty from the litigants and excellence from the attorneys representing them. He also lobbied for legislation creating the Arkansas Juvenile Justice System. During his time on the bench, he always found time for his interests outside of the courtroom.
He found time not only to be a devoted husband, father and grandfather, but time to spend with the children and families of Conway. He volunteered his time as a Cub Scout leader and as a Little League coach. He believed that our youth was our most valuable asset and devoted time and effort to projects designed to help develop young men and women into responsible caring adults. He was a member of Grace United Methodist Church, Conway Chamber of Commerce, Faulkner County Saddle Club, served as President of the Conway Noon's Lion Club, former Pilot and Captain for the Arkansas Civil Air Patrol, 32nd degree Mason and a Shriner, certified arms instructor, life member of the NRA and Friends of the NRA. Even as busy as his career was, he always found time to enjoy his love and appreciation for the great outdoors by canoeing, camping, hunting, fishing and traveling.
In early retirement he continued to serve the Arkansas Judiciary by filling in on cases throughout the state as needed. He was instrumental in convincing the Chief Justice to utilize resources from retired judges by banding them together into a workable organization. In his later years of retirement, he enjoyed time telling stories about his life and outdoor adventures. He enjoyed going to gun shows and attending his gun club meetings. He very much enjoyed spending time with his family, friends, and of course, his dogs.
Per his wishes due to COVID-19, there will be no services held at this time. A celebration of his life will be held at a later date. In lieu of flowers, memorial donations may be made to St. Jude Children's Research Hospital.