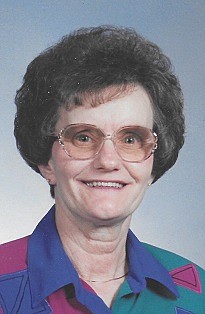 Mary Ann "Janie" Heath Rogers, 78, died Monday, December 28 at Des Arc Nursing & Rehabilitation Center. She lived the past several years in the Cabot area, but for the majority of her adult life, she resided in Malvern. Janie was born September 21, 1942, in the Bobo community near Walcott, in northeast Ark. She was the ninth child born to Curl and Nellie Heath's 10 children. She was a 1960 graduate of Greene County Tech High School and later graduated from Hot Springs Beauty College. She was a homemaker and also operated a daycare from her home. She earned a lifetime membership from the National Parent Teachers Association and served as the state membership director for the Arkansas PTA. She was an ardent supporter of the Malvern Public Schools, was active in the Order of the Eastern Star and was a member of Mount Zion Missionary Baptist Church in Malvern. She enjoyed sewing, quilting and gardening.
She is survived by a son, Steve (Michelle) Rogers of Cabot; three grandchildren, Grace, Julia and Michael Rogers of Cabot; sister, Amy Carter of Jonesboro; and dozens of brothers and sisters-in-law; nieces; nephews; and cousins, as well as many friends and children who grew up in her home.
She was preceded in death by her husband and fishing partner of 35 years, David Rogers' daughter, Kim Rogers Thomas; three brothers, Willie Heath, Jack Heath and Boyd Heath; and five sisters, Ruby Bottoms, Eva Matlock, Betty Mason, Sue Smith and Linda Clark.
Funeral service will be held Saturday, January 2, at 11 a.m. at Regency Funeral Home with Reverend Stephen Dickinson officiating. Visitation will begin one hour prior to service. Burial will follow at Rockport Cemetery. In lieu of flowers, donations may be made to the Arkansas Alzheimer's Association. Arrangements are by Regency Funeral Home. You may sign the guest book at regencyfuneralhome.com.