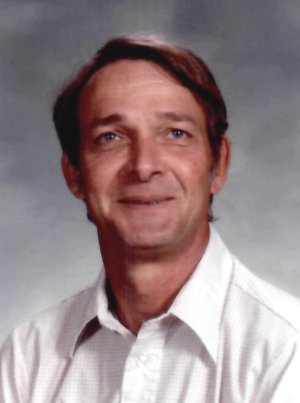 Douglas MacArthur "Coach" Norwood, age 77, of Genoa, Arkansas, formerly of Dierks, Arkansas, died Friday, February 14, 2020 in Fort Worth, Texas surrounded by his family.
Mr. Norwood was born February 23, 1942 in Brownstown, Arkansas. He was retired as Head Football Coach and Athletic Director for Dierks High School and an active member of Beech Street First Baptist Church in Texarkana, Arkansas. He was preceded in death by his parents, Marshall and Mittie Norwood his siblings; Gladys Barton, Houston Norwood, Paul Norwood, Opal Green, Lula Douthit, M.J. Norwood, and Lorene Keesee.
Coach Norwood was a graduate of Mineral Springs High School and graduated from Henderson State University in 1965 with a Bachelor's Degree in Education.
In the Fall of 1959 at Mineral Springs High School, Doug Norwood was All-District, voted Outstanding Back in the District, and All-State Quarterback and Safety. He was also selected to play in the Arkansas High School All-Star game in the summer of 1960 and played both the position as quarterback and defensive back. Doug's High School Coach and Mentor at Mineral Springs High School was Herman McAlister, whom he greatly admired.
Coach Norwood had a career in coaching that spanned 24-years touching, teaching, and mentoring the lives of hundreds of young people that came into contact with him on or off the field. He was not only a gift to the game, but to the ones he helped along the way.
Beginning his career at Eudora High School for 7 years, the Badgers won two Conference Championships in Football, four Conference Championships in Track, as well as two State Track Championships.
Coach Norwood became the Head Football Coach and Athletic Director at Dierks High School in 1972, and in his first season led the Outlaws to an 8-1-1 record, finishing 2nd in the conference, when only one team from each conference advanced to the playoffs. The 1972 Outlaw team recorded 7 shutouts and gave up a total of 27 points on the season. He was named Coach of the Year in the Red River Conference in his first season.
In 1975, Coach Norwood led the Outlaws to the only State Championship in the history of the school. The '75 team gave up an average of 3.3 points per game in the playoffs. In 1976, the Outlaws led the state in team scoring and were undefeated during the regular season. They held the state's longest winning streak at 22 games before losing in the playoffs.
The 1980 Outlaws finished 10-2 and lost in the State Quarterfinals. The 1981 Outlaws finished 11-1, recording 7 shutouts and losing in double overtime in the State Quarterfinals. During his 18 years as a Head Football Coach, Coach Norwood's winning percentage was better than 72 percent. Coach Norwood retired after thirty-six years in education, teaching the last several years of his career.
Looking back on his life and career, one cannot help but reflect on the impact he had on the lives of others. In his fifteen-year career at Dierks High School he had fourteen athletes selected to the All-State Team and several players went on to make coaching their profession, including his two sons, Michael and Andrew.
Doug loved the outdoors, gardening, deer hunting, fishing, and traveling, especially to historic sites and national parks.  He was a true fan of classic country music. He will be remembered as a fierce competitor with a great sense of humor, big smile, and a soft heart. He was proud of what he accomplished in his lifetime, but was most proud of his role as a husband, father, grandfather, brother, uncle, and friend.
He is survived by his wife of 57 years, Camille Norwood of Genoa, Arkansas; two sons, Michael Norwood and his wife Brenda of Azle, Texas; Andrew Norwood and his fiancée Brandy Davis of Texarkana, Texas; one brother, Bill Norwood of Texarkana, Texas; two sisters, Nell McPherson of Duncanville, Texas; and Donnie Duke of Kansas City, Missouri; two grandsons, Alex Norwood of Texarkana, Texas and Jake Norwood of Auburn, Alabama; nieces, nephews, and a host of friends.
The family will receive friends at Beech Street First Baptist Church, Saturday, February 22, from 12:30 to 2 p.m. The service will follow at 2 p.m. at the church with Rev. Craig Jenkins officiating. Burial will follow in Mineral Springs Cemetery at 4 p.m. Memorials may be made to the Pancreatic Cancer Action Network at www.PanCan.org or call (877) 573-9971. Register online @ www.texarkanafuneralhome.com.